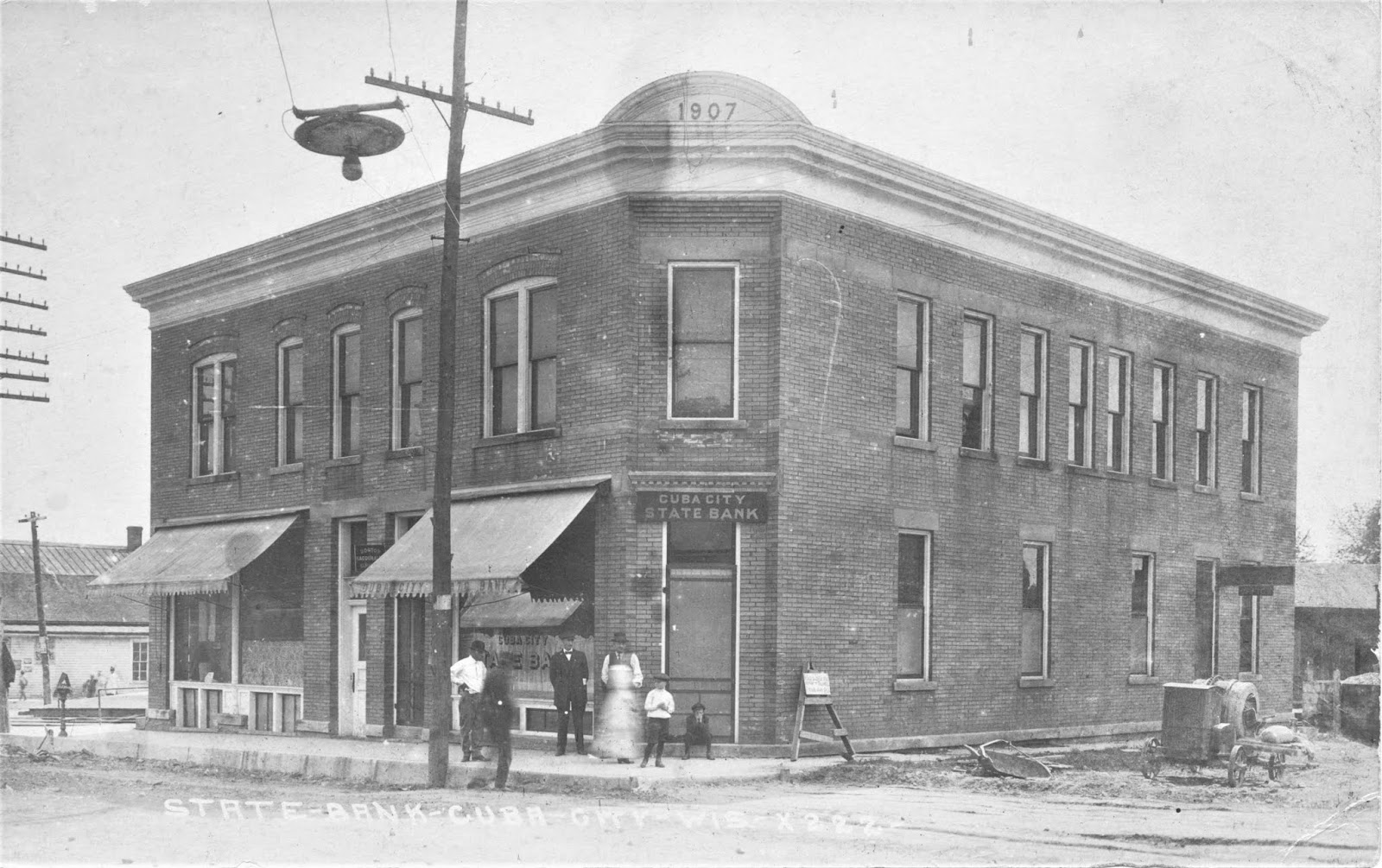 One hundred years ago, the Cuba City State Bank celebrated the arrival of its new, "burglar-proof" safe.

Did the safe's claims stand up to the test? The evidence looks promising, as initial attempts to dynamite the vault at the First National Bank on November 8, 1921, were unsuccessful. The burglars were determined and may have eventually gained access, but their presence was discovered and they fled the scene.