The German-American Experience in World War I

Today, Wisconsin celebrates its German heritage, but that was not always the case. When the United States declared war on Germany in 1917, the nation also turned its eyes to the German people and culture within its borders. Wisconsin, with its high number of German-born residents, faced particular scrutiny as paranoia and fear blanketed the country and the loyalty of all was questioned. 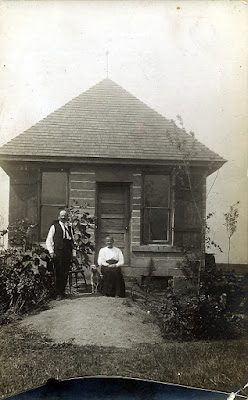 What was it like to be a German American in Cuba City at this time? Joseph and Mary Hauser came to the United States from Germany at the turn of the century and settled in Cuba City by 1905. According to several people who remember the couple, they lived near the VFW building on the northwest side of town. Joseph and Mary became U. S. citizens just before World War I began. Census information tells us that Joseph was a laborer who worked at “odd jobs” and neither Joseph nor Mary could speak English.

Anti-German propaganda was everywhere and one needed to look no further than the local newspaper or movie house to find it. Formerly complimentary German stereotypes of hardworking, educated individuals gave way to stories of German brutality. The demonization of Germans was common and many films such as The Beast of Berlin were shown at the Auditorium in Cuba City. 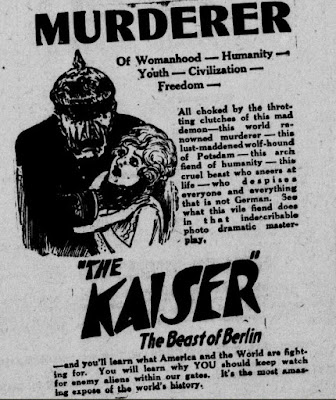 Speaking German would have been considered suspicious as many Americans were convinced that German spies lurked everywhere. Often, schools removed German language instruction from the curriculum after the United States entered the war. Though German was offered in the 1917 Cuba City High School advertisement, it had been replaced with Latin by the time the 1918 advertisement rolled out. 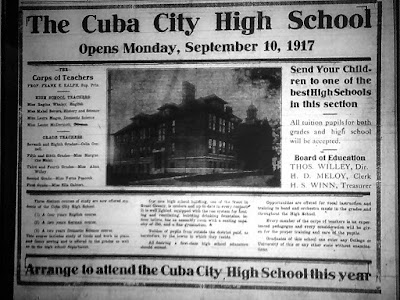 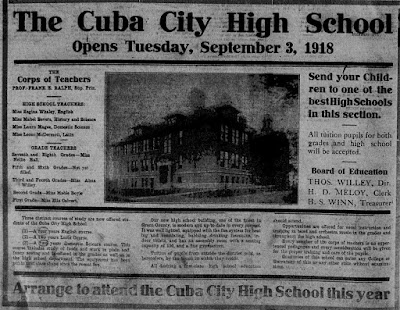 Paranoia surrounding Germans in the United States reached a new level when those who had not yet become U. S. citizens were required to register with authorities and were considered enemy aliens. These individuals were fingerprinted, photographed, and given an identification card that had to be carried at all times. The registration card images below are courtesy of the Chippewa Valley Museum in Eau Claire, Wisconsin. 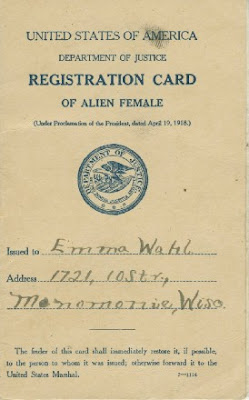 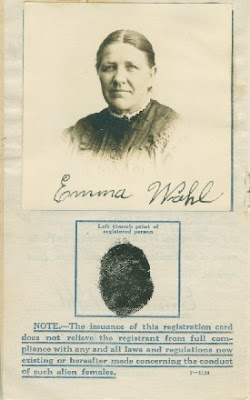 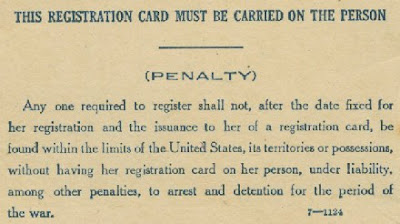 During the war, Americans were pressured to prove their allegiance to the cause, and this would have been especially true of German Americans like Joseph and Mary Hauser. One of the first available to ways to show support for the war effort was by displaying the American flag. This message was found in the April 20, 1917 issue of the Cuba City News Herald : “Flags are conspicuous on local autos but are sadly lacking on public buildings and residences. Hang out a flag.”

In May 1917, the Red Cross organized a branch in Cuba City and all were encouraged to join. In June 1917, Liberty Loans went on sale and offered residents a way to prove their loyalty by purchasing government bonds. In case anyone needed extra incentive, the Cuba City News Herald published the names of buyers and the amount of money contributed.

On May 31, 1918, the Cuba City Chapter of the Wisconsin Loyalty Legion met at City Hall and decided to meet monthly thereafter. The purpose of the loyalty legions was, according to a Dubuque Telegraph Herald article, “to promote patriotism in the community and to make people come out and stand for one side or the other."

What were the consequences if someone did not show an “appropriate” amount of support for the war effort? They were labeled “slackers.” “Don’t be a slacker” was a common refrain in the newspaper, and Cuba City residents who had not financially contributed to any patriotic campaign were threatened with having their names published in the post office and newspaper. The pervasiveness of the idea can even be seen in the St. Rose Catholic School's Christmas program in 1918. The seventh-grade boys performed a song or skit titled “A Slacker’s Idea of Christmas.” 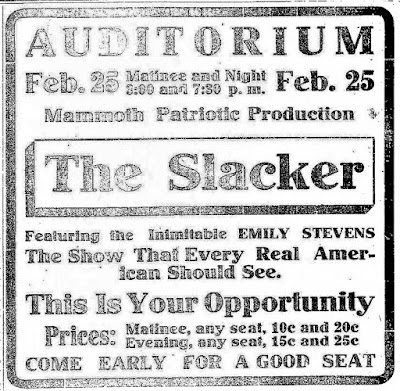 Advertisement in the Cuba City News Herald for a film showing at the Auditorium in Cuba City on February 25, 1918.