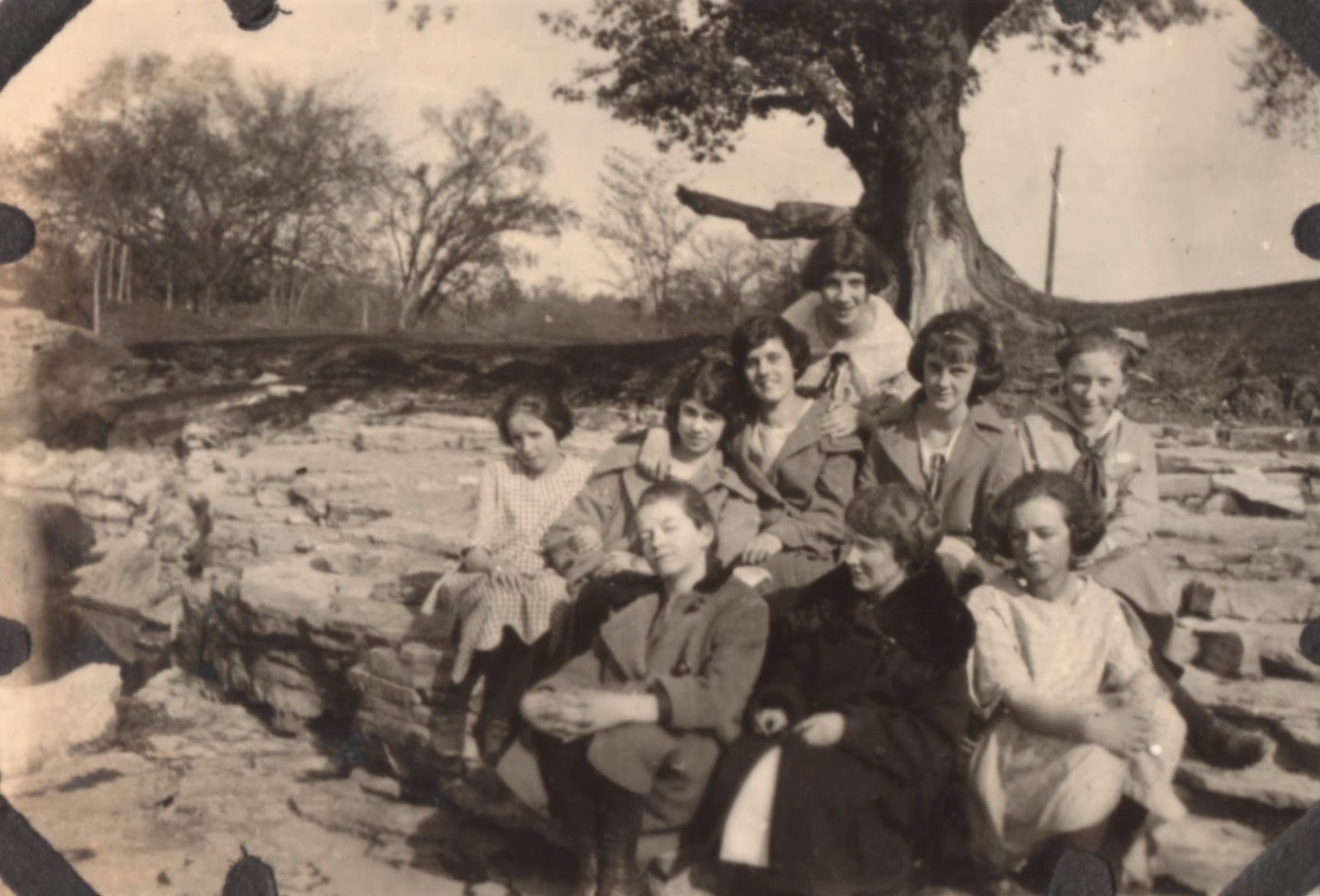 Horseshoe Bend was a popular picnic spot for Cuba City High School students. The following account of one such outing was published in the Cuba City News-Herald on May 28, 1920:


The High School Picnic was held Friday afternoon. There was a line-up of twenty-one cars and 120 pupils. They visited Horseshoe Bend, but once in a while a car would go roaming off. Most of the afternoon was made up of baseball. A game was chosen between the picnickers, then a team came from Benton. After a great many hits by the Cuba City team the score keeper got tired and quit. The game was not completed. A good time was had by everyone, especially when lunch was served. The lunch consisted of lemonade, sandwiches, beans, salad, cake, ice cream, and many other good things.

Pictured here is a slightly later picnic at the same location. It is the freshman "cookery" class from Cuba City High School, circa 1921-23. Photo courtesy of Linda Lambert and Rachel Idel Smith.