A few old family plots are still visible in Cuba City's Mount Pleasant Cemetery, but the most well-marked appears to belong to the Reed family. The only gravestone standing in the sizeable plot belongs to Mary Johanna (Clemens) Reed (1843-1884). 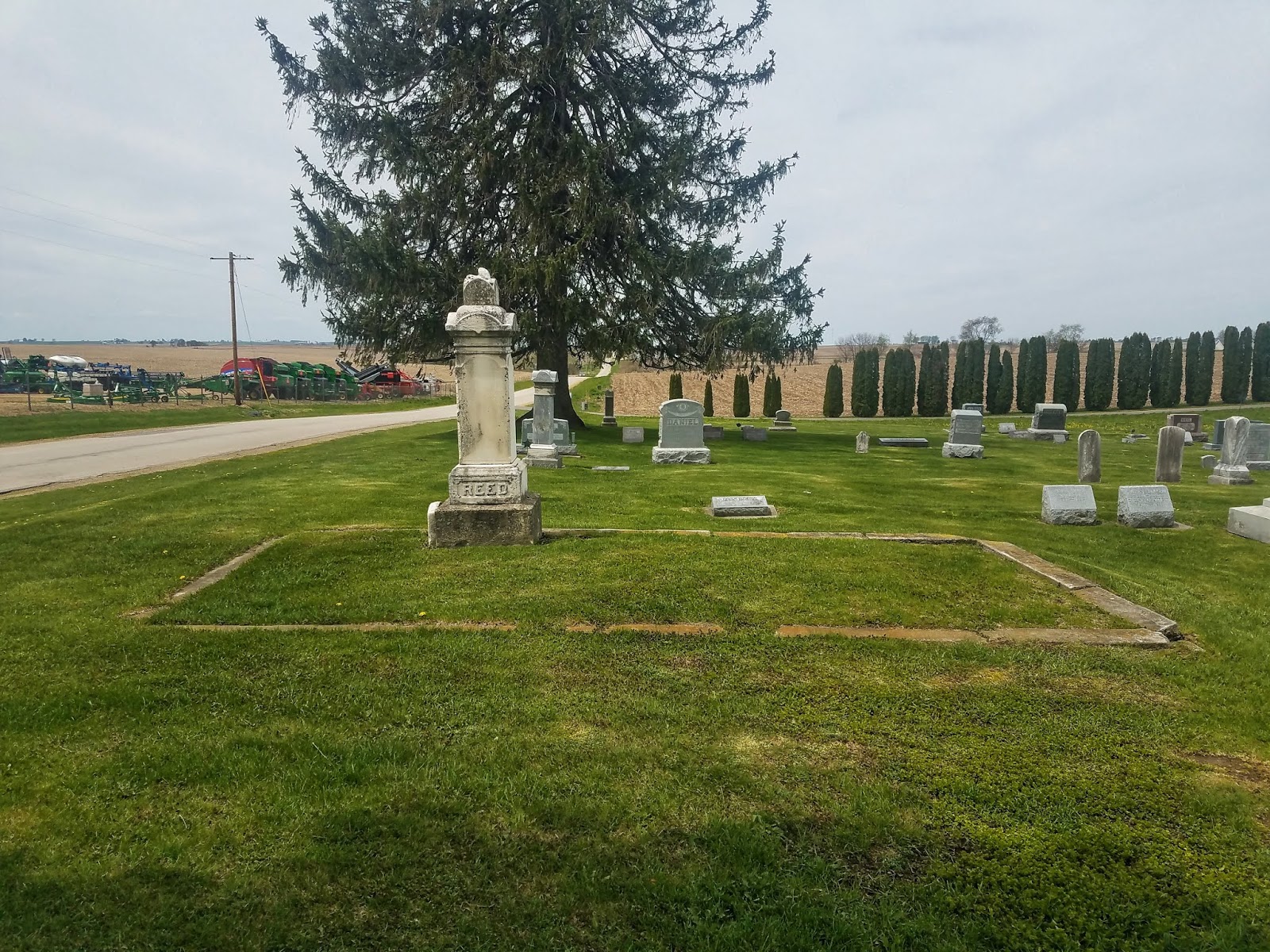 Mary Johanna Clemens was born into a clan of miners in Western Cornwall in 1843. At just five years old, in the spring of 1849, she boarded a ship bound for America with her parents, Job and Mary; an infant brother, William; her grandmother; and several aunts and uncles. The family sailed on the Marquis of Chandos, and their names are visible on the ship's manifest below.

Like so many Cornish miners, the Clemens family put down roots in southwestern Wisconsin. They settled in Benton Township, where the men continued to work underground as they had done in their native country. Mary's young brother, William, must have died soon after the voyage to America, as he does not appear in later census records. A younger sister, Elizabeth, was born a few years later, and the two girls grew up amidst the mines and farms, surrounded by extended family.

At twenty years of age, Mary Clemens married John Reed, also of Cornish descent.  The Reeds had turned to farming after arriving in Wisconsin, and they owned a large amount of property, mainly on the southern edge of modern-day Cuba City. It was here that Mary made her new home.

The Reed family appears on the land ownership maps below for the years 1868 and 1877. For reference, the road at the top of each map segment would be Roosevelt Street/County H and the road at the bottom, Model Road. Main Street/Highway 80 runs vertically at the right of each map.

The maps well illustrate the changes Mary witnessed while living in her new home. She saw the arrival of the railroad in 1874, and the platting of the new village of Cuba City in 1875. Prior to that time, there was a schoolhouse and Methodist church near the Reed home, and a roadside inn and store up the road, but the railroad and promise of a new town brought more businesses to the area.

Through all these changes, Mary stayed close to her family. Her parents, Job and Mary, moved to Smelser Township and lived near their married daughter. Mary's sister, Elizabeth, also lived with her for a time, helping with housework and children while Mary and John's family grew.

Mary and John Reed had eight children--Samuel, Annie, William, Alexander, Christopher, James, Alice, and Mary. Sadly, the youngest was just one year old when Mary passed away on October 31, 1884. She was 41 years old.

A few years after Mary's death, her husband and children headed west, landing in Scott City, Kansas, where John died in 1893. This may explain the empty plot around Mary in Mount Pleasant Cemetery. Though her gravestone looks a bit lonely, her parents' grave is just a few feet away. 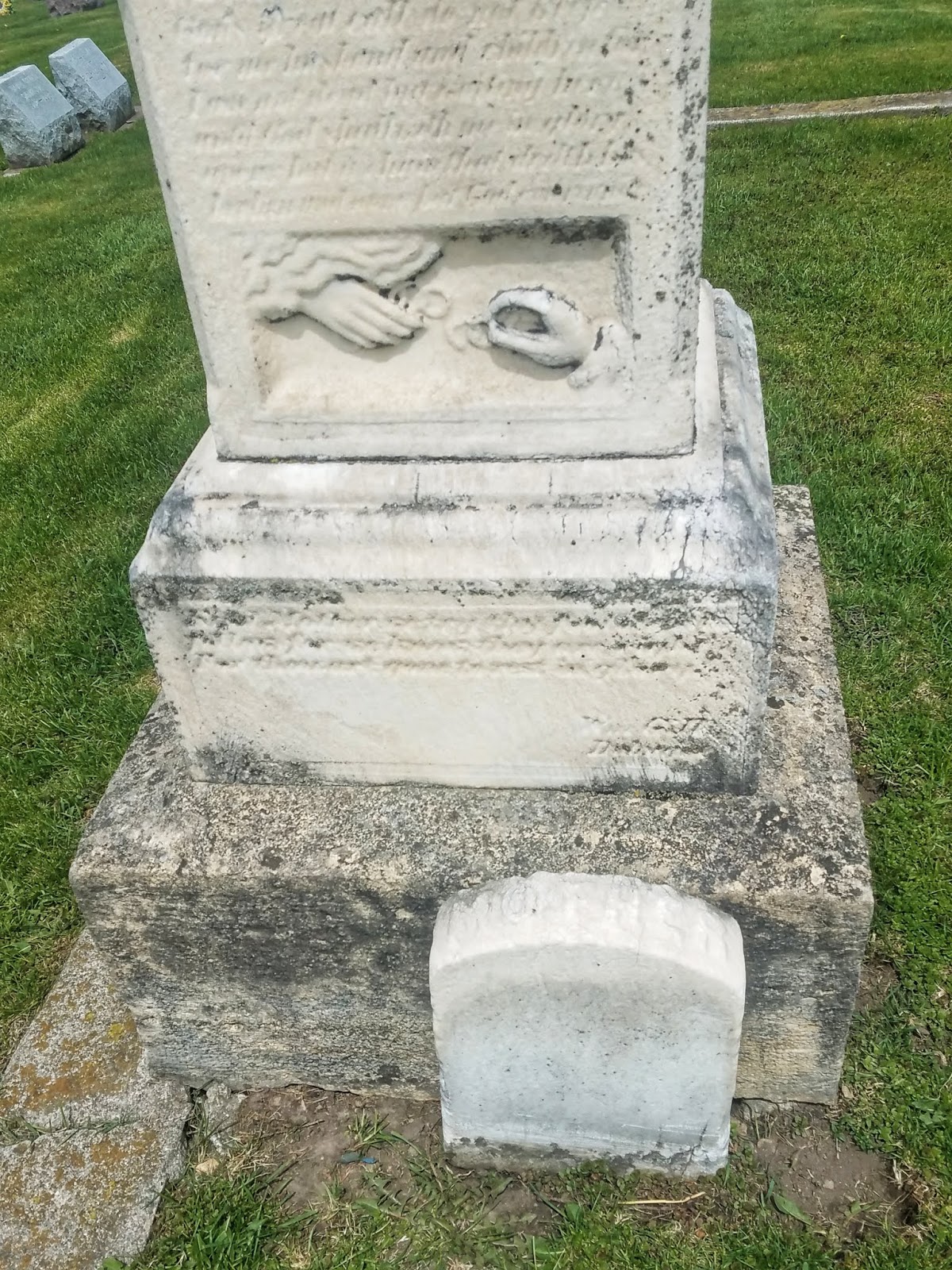 A bit of bonus trivia: The stonecutter responsible for Mary's grave was William V. Gill from Dubuque. He was in his early twenties when he worked on her monument and carved his name into the bottom right of the stone (visible above). According to the Encyclopedia Dubuque, Gill submitted a design for the Julien Dubuque monument in 1892, but his idea was not ultimately chosen.
Email Post
Labels: Biographies cemeteries gravestones Mount Pleasant Cemetery