Dating back to 1869, Theodore Feinen's gravestone is one of the oldest in St. Rose Catholic Cemetery. If you've never noticed it, you're not alone! The stone lies flat against the ground and is easy to overlook. 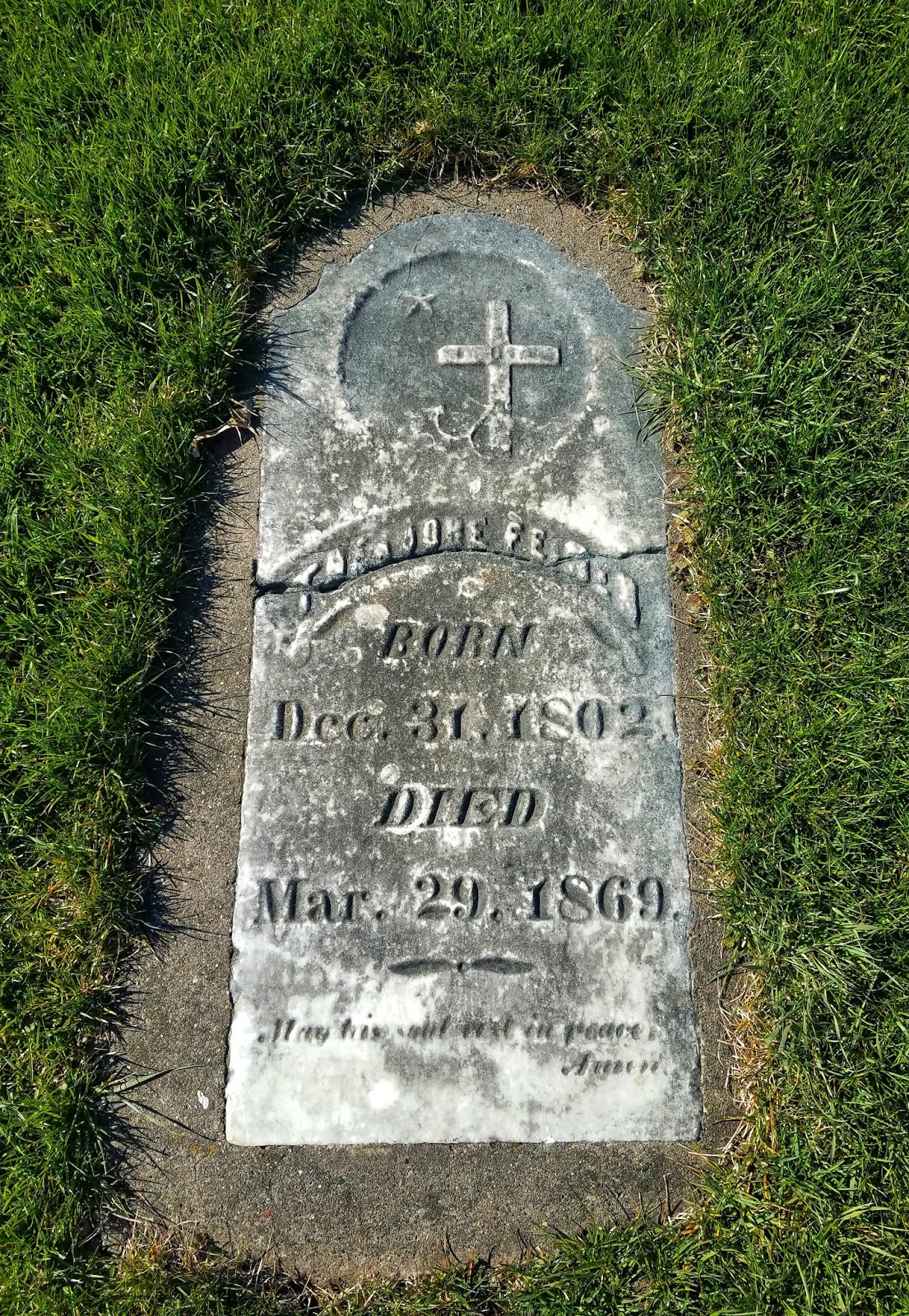 Theodore Feinen was from a lovely, mountainous (and volcanic!) region of western Germany, not far from Belgium and Luxembourg. There, he farmed and raised a growing family with his wife, Anna, until the siren call of America was too great to resist.

In 1850, Theodore, Anna, and their seven children traveled to Antwerp, Belgium, to board the ship Peter Hattrick, bound for the Port of New York. They brought with them seven chests, clothing, beds, and two guns. The ship's manifest below lists the family members--Theodore, Anna, Mathias, Elizabeth, Anton, Martin, Margaretha, Magdalena, and Eva--and their ages. 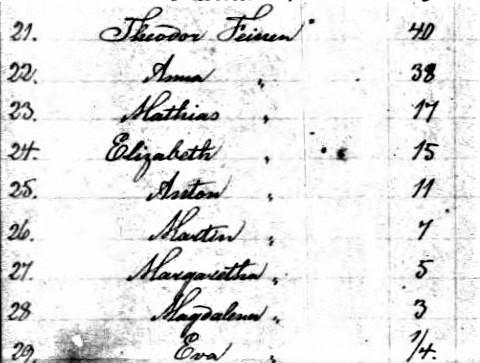 The Feinens made their way to Wisconsin and, by 1855, were living in Paris Township, where eldest son Mathias purchased land from the United States government. Theodore, Anna, and their children lived together on the farm, located just northeast of Dickeyville. The 1868 map below shows the 160 acres belonging to M. "Finen" in Section 14. 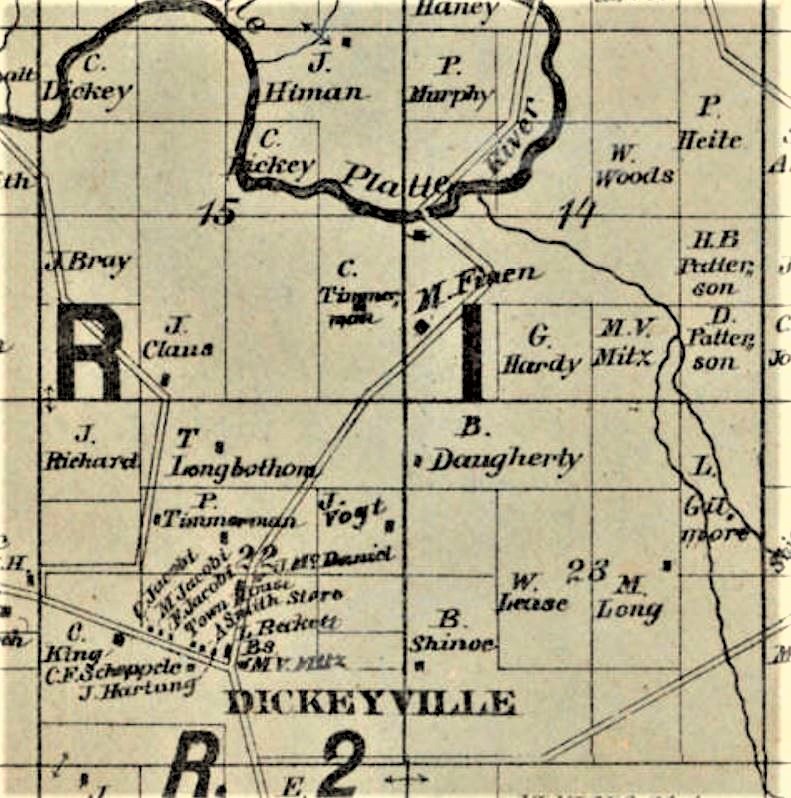 The Feinens were practicing Catholics in Germany and did not let distance come between them and their faith in America. There was no Catholic Church in Dickeyville during Theodore Feinen's lifetime, but apparently the family was connected with the parish of St. Rose, just north of Cuba City. That was where they chose to bury Theodore when he passed away in 1869, at the age of 66.

UPDATE: An 1868 land ownership map shows a "T. Finen" owning property on Model Road in Smelser Township. Theodore and Anna were living near Dickeyville in 1860, but it is possible that they moved to the Model Road location after that. By 1870, Anna is back living with her children near Dickeyville after her husband passed away.
Email Post
Labels: Biographies cemeteries German Americans gravestones St. Rose Catholic Cemetery