On this day, one hundred years ago, the Pascoe Bros. hardware store began selling off its inventory, bringing an end to one of Cuba City's first businesses. The store was located on Main Street in the northern Junque Stops Here building, next to the former Cuba Theatre.

As can be seen from the full-page advertisement below, the going-out-of-business sale was quite the affair. The Pascoes hired an outside firm--Thompson Sales Service of Des Moines--to handle the liquidation. The sale was still going strong nearly a week later, when the local newspaper reported that crowds continued to flock to the business, despite the poor conditions of the roads. 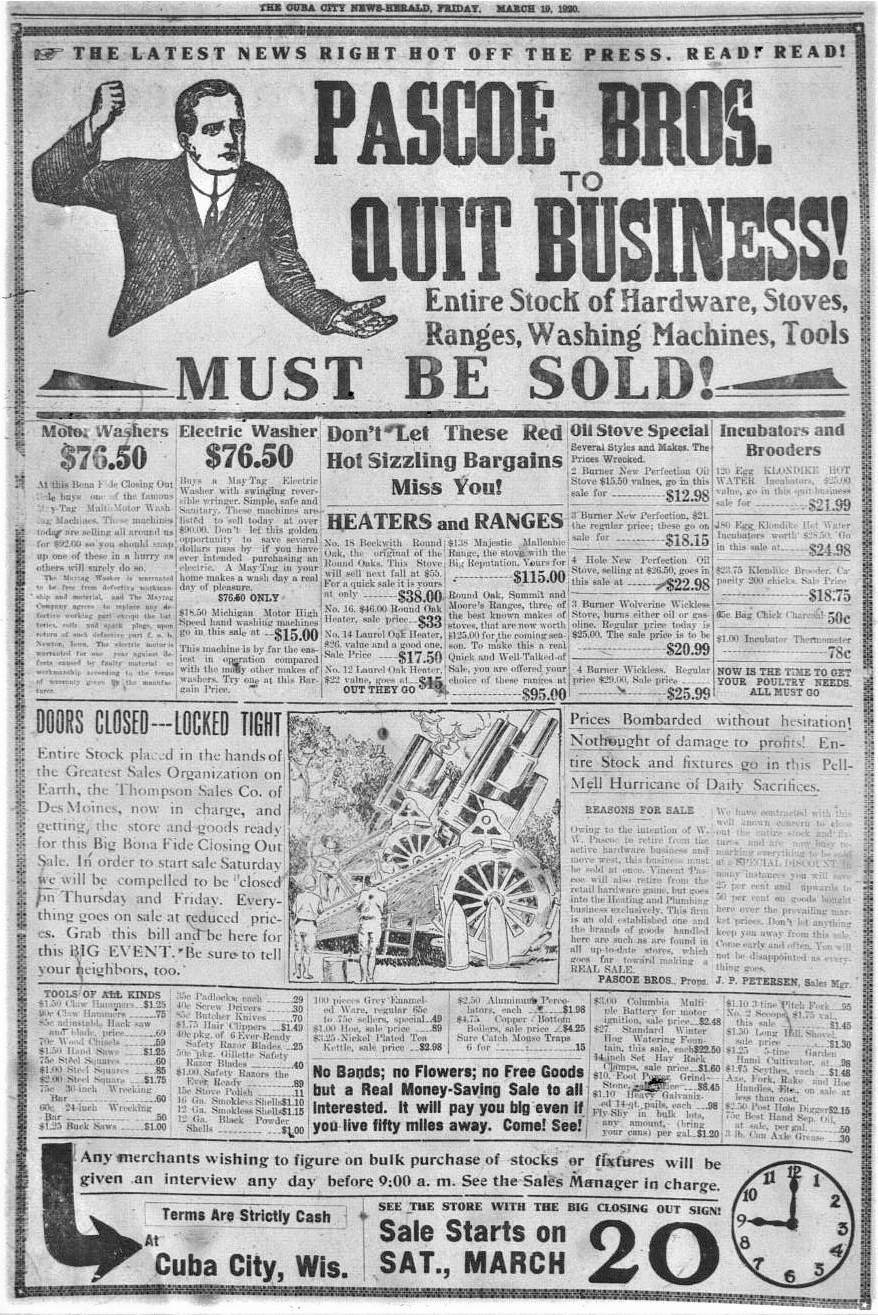 William Henry Pascoe had been a merchant in Cuba City since 1876, the year after the village was founded. While he initially operated a general store, Pascoe later focused on hardware.

Vincent and William Willis continued the enterprise for a few years after their father's death in 1917, but it was not meant to be. W. W. Pascoe longed to return to Nebraska, where he had previously made a home, and Vincent chose to focus on the plumbing and heating side of the business, rather than the retail hardware store.