One hundred years ago this spring, Cuba City's sulphuric acid plant got a new lease on life and was well on its way to becoming a major employer in the area. 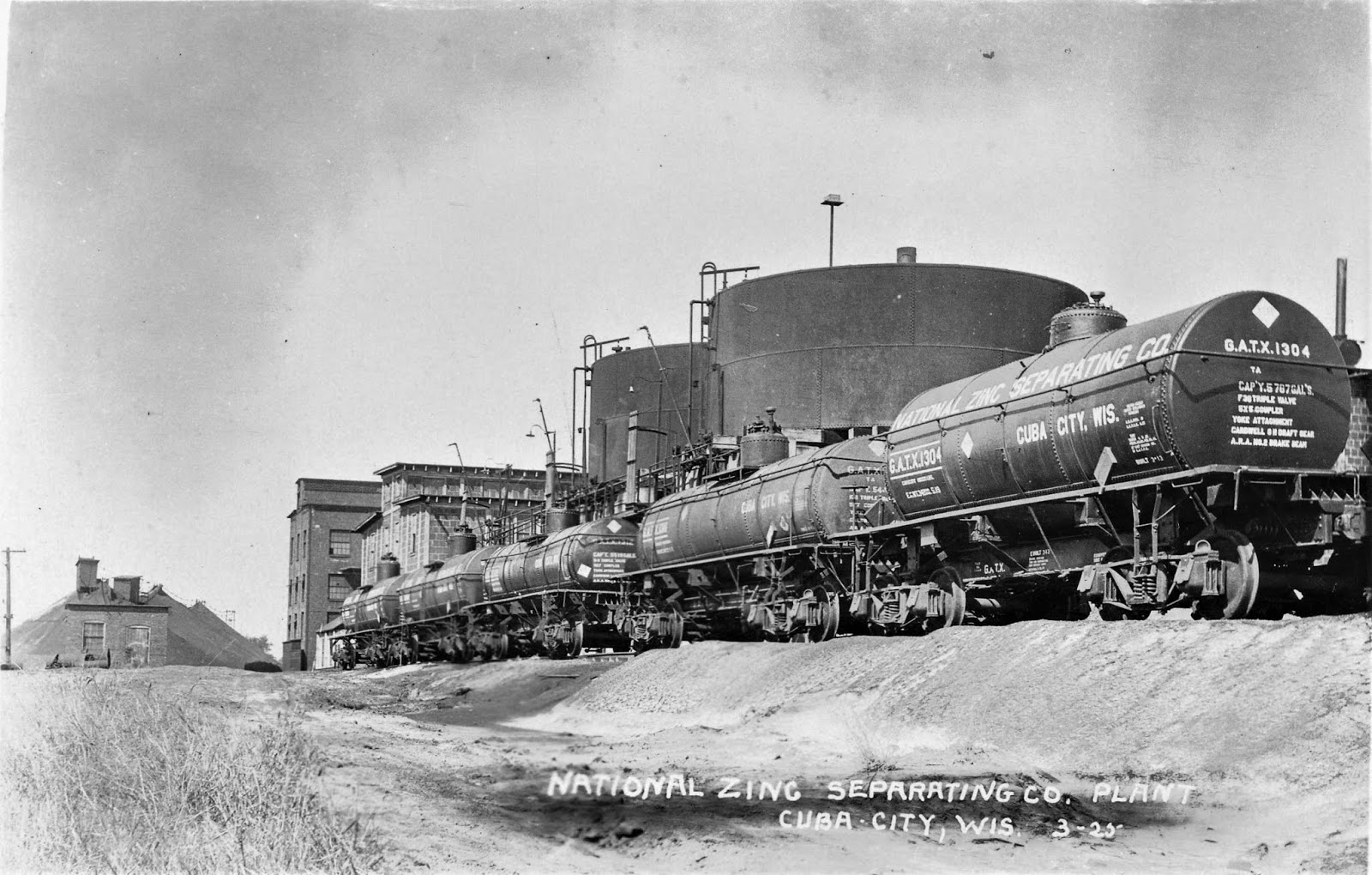 The U.S. government began construction of the plant in the summer of 1918 at the National Roaster southeast of town (off of Roaster Road, where Wiederholt Enterprises is today). Sulphuric acid, a byproduct of roasting zinc ore, was used to manufacture many things, but its role in producing explosives was of particular interest during World War I. The plant was just 80 percent complete when the war came to an end and the government lost interest in the enterprise.

Eventually, a new owner was found-- the National Zinc Separating Company, affiliated with the Vinegar Hill Zinc Company of Platteville. Plenty of work went into readying the plant, and help-wanted ads could be found in newspapers near and far. The company was hiring carpenters, brick masons, pipefitters, and general construction laborers. Lodging was even provided on-site for the crew.

As one might imagine, this was not an inexpensive endeavor. The federal government had set aside $750,000 to complete the plant, but the operation's new owners estimated that it would ultimately cost $850,000 to get things up and running. That would be over 11 million dollars today!