The rose is red,
The violets blue,
The sugar is sweet and so are you. 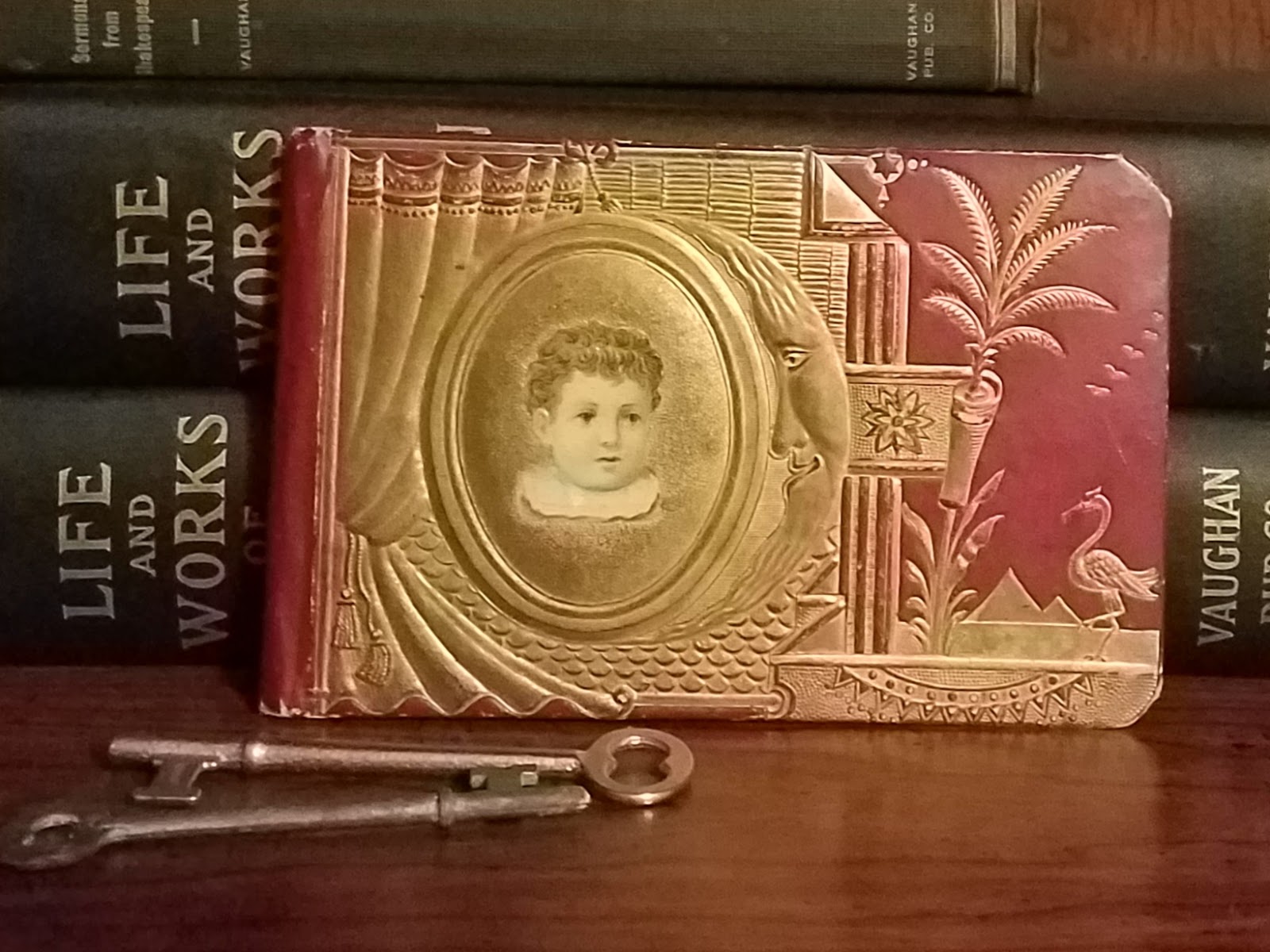 Rosa Mae Willey was born to English immigrants Henry and Mary Ann Willey on October 17, 1877, and she grew up on a farm southeast of town, along present-day Roaster Road. At ten years old, Rosa received this beautiful book, perhaps as a Christmas gift, and penned her name inside the front cover.

The young girl did not wait long to ask family, friends, and classmates to sign the pages. The first entry is from her sister, Mrs. J. Turnbull on December 23, 1887. The majority of the signatures date from 1888-1890.

Some messages were simple, such as this one from Hannah Harker. 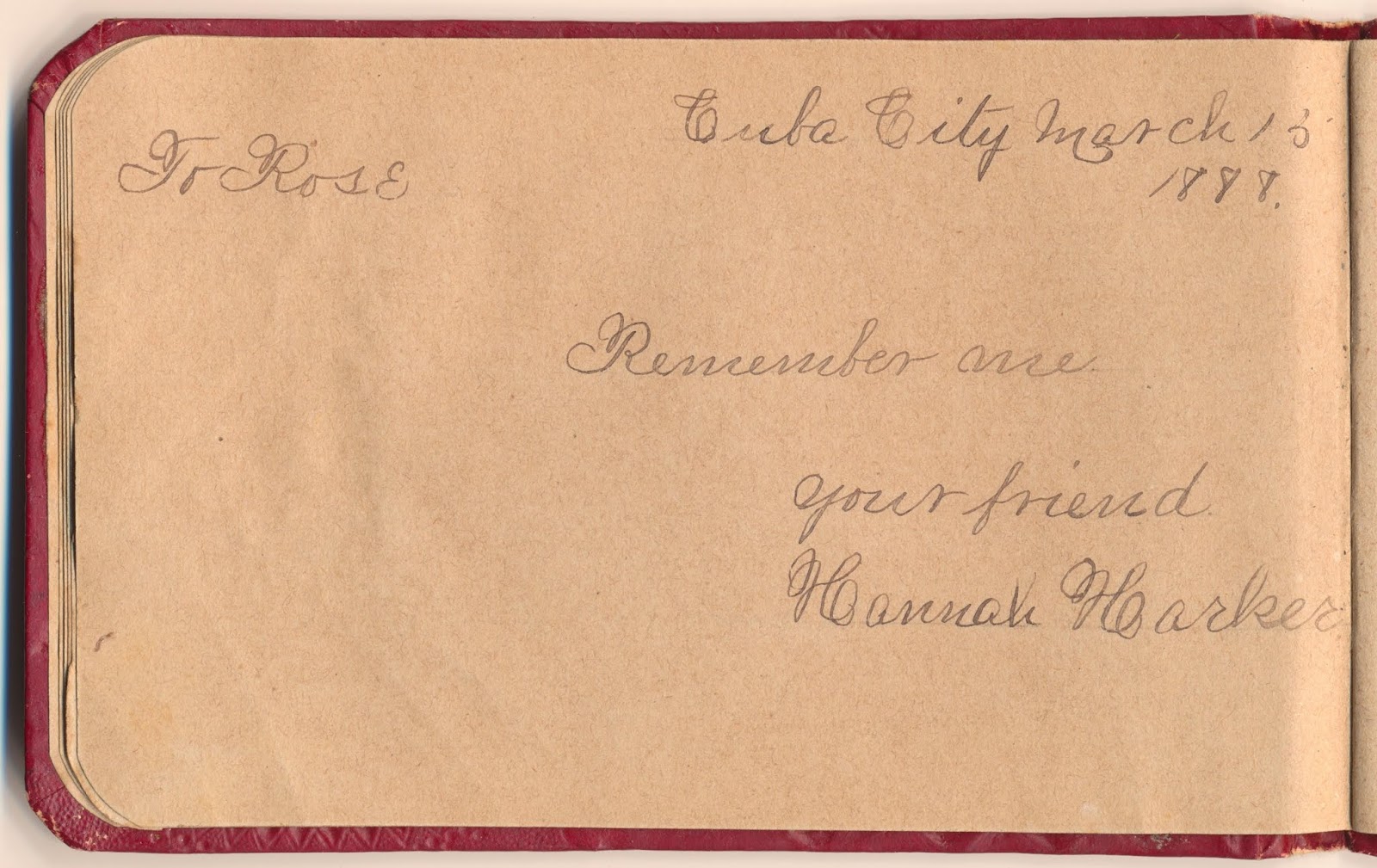 Others offered advice for Rosa, such as these entries from Rosa's mother and her teacher. 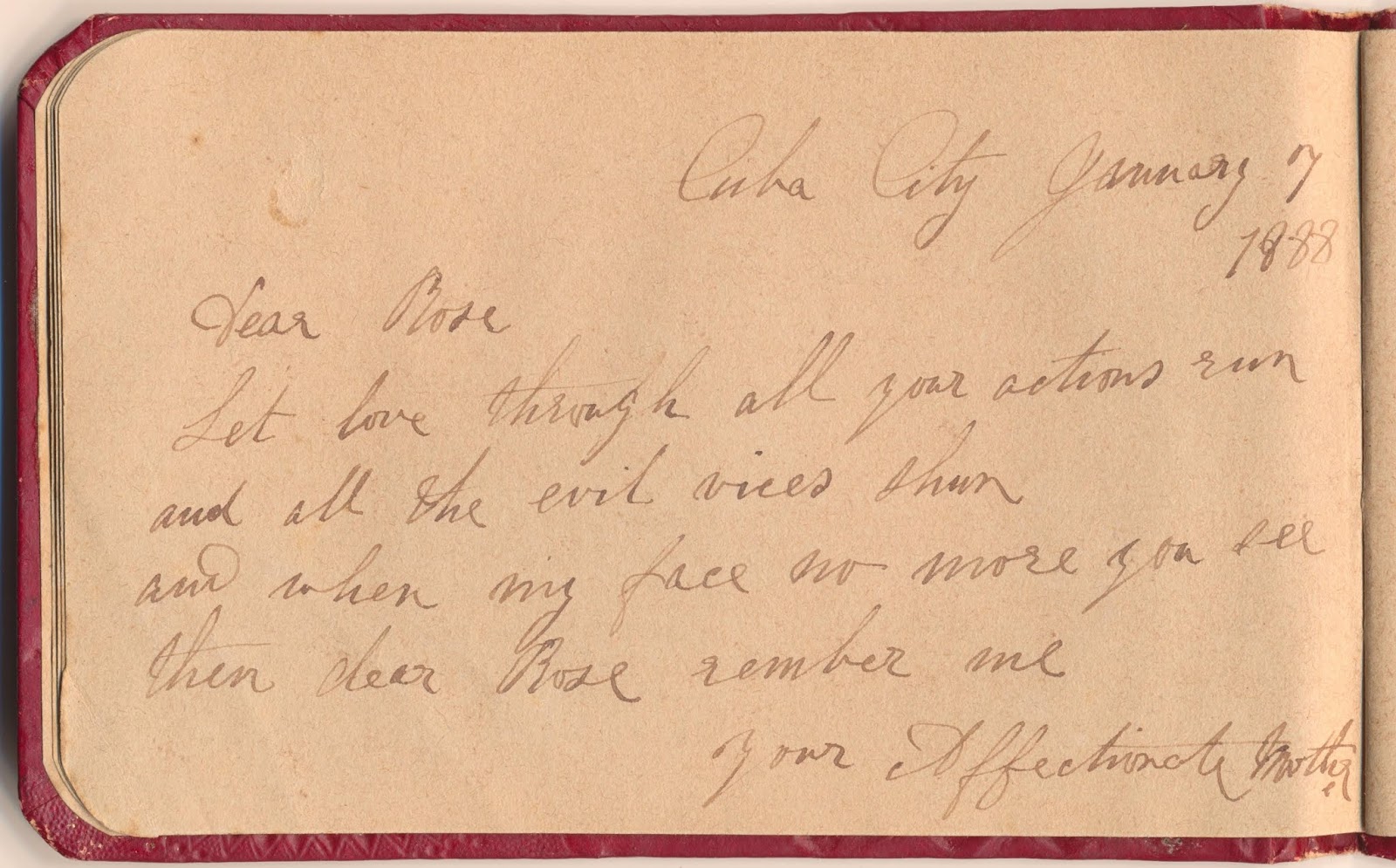 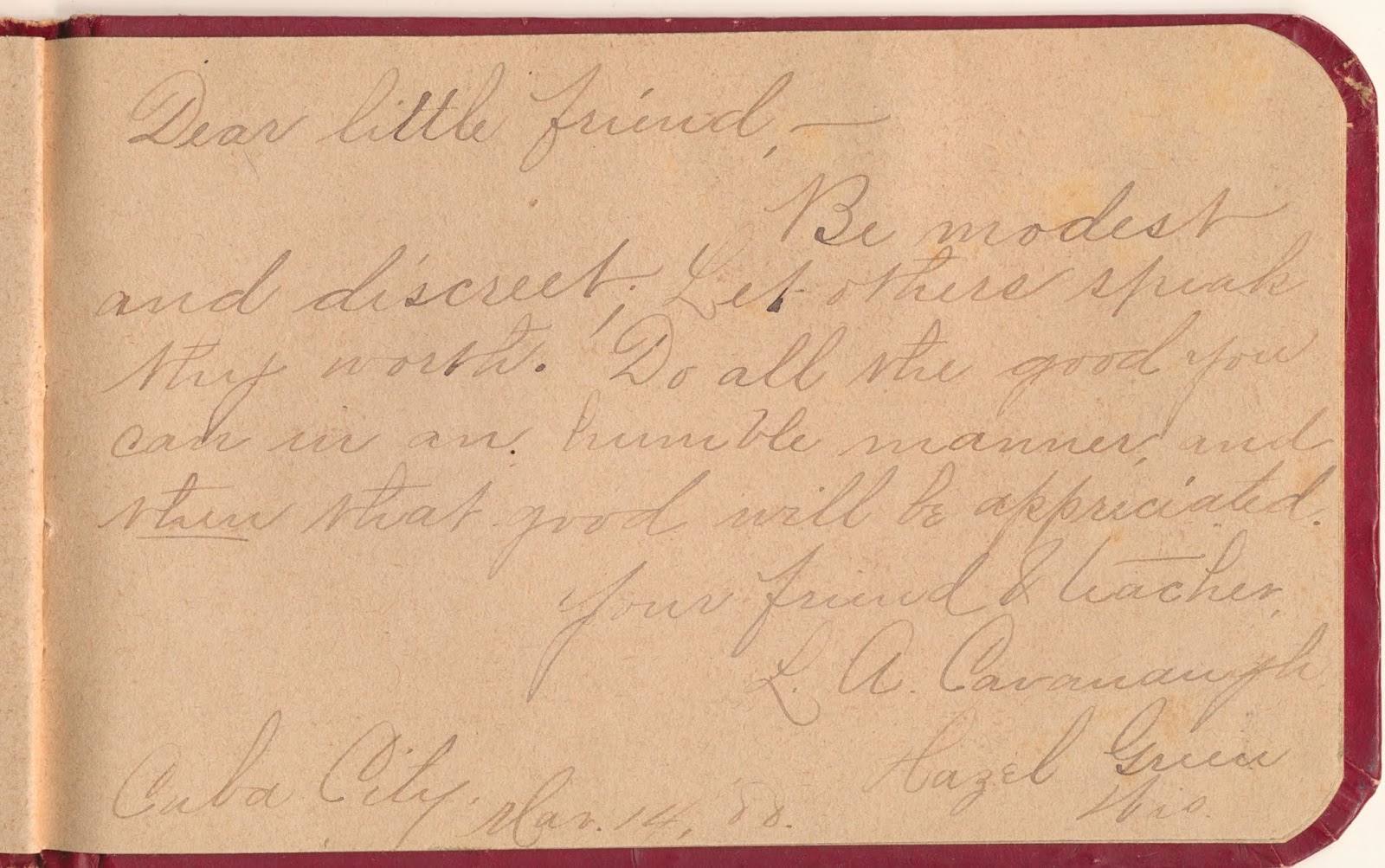 Some of the most enjoyable entries are those that show a bit of personality. The last note in the book is from Rosa's niece, Florette Luce, dated February 28, 1906. She begs forgiveness from her aunt for the state of the writing, as "the pen is no good." 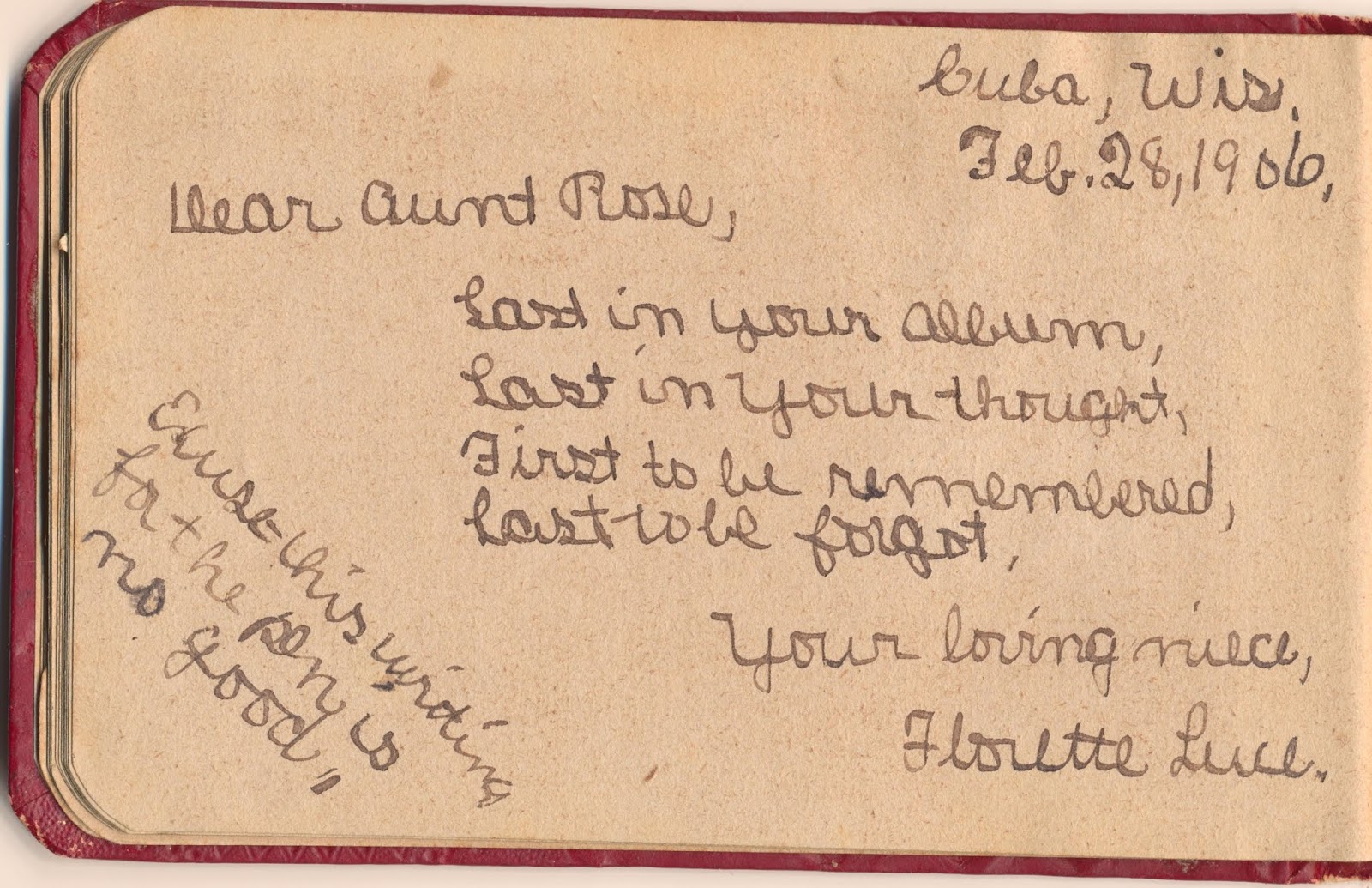 It is impossible to view Rosa's lovely autograph book without noticing the colorful stickers that embellish several pages. 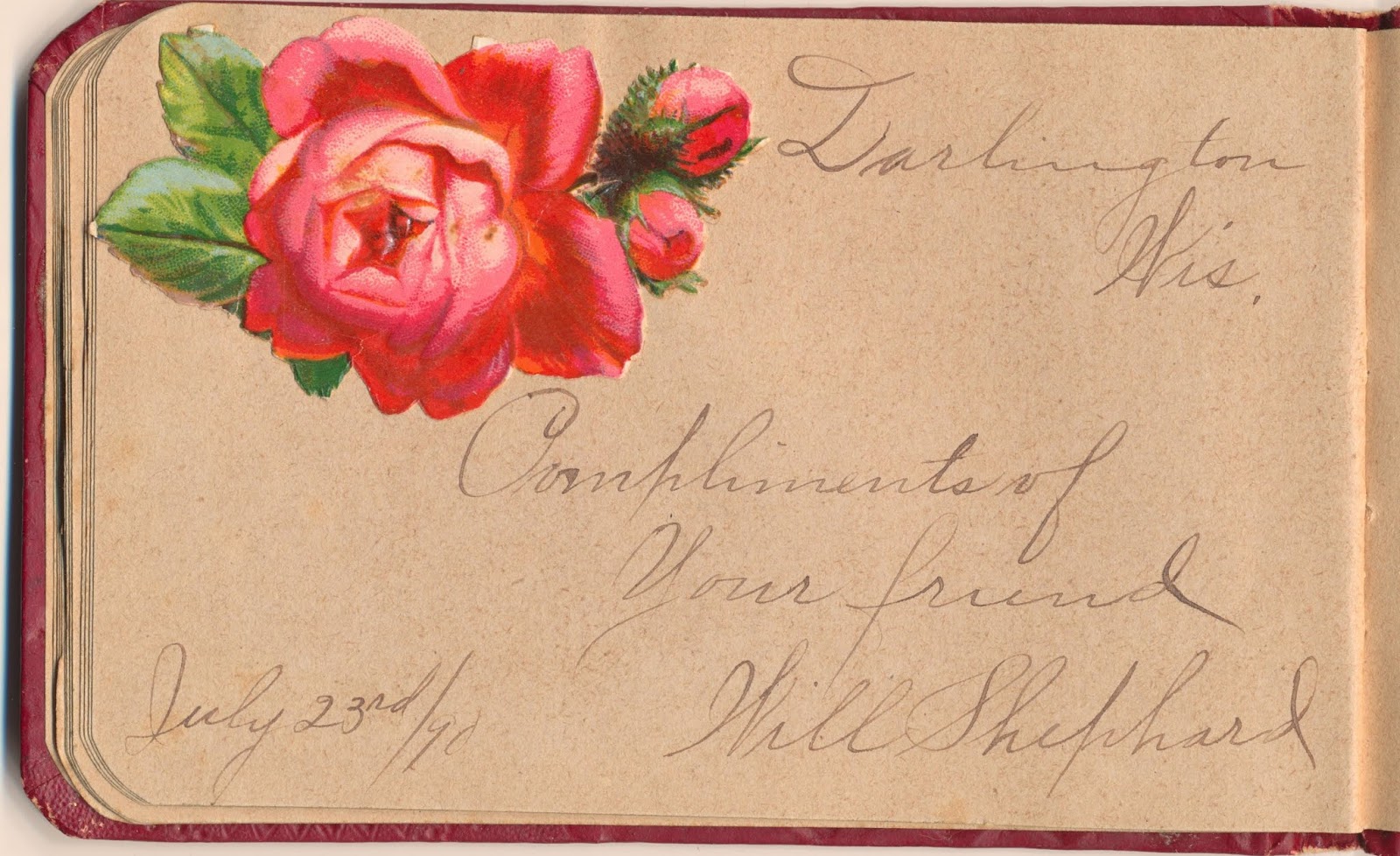 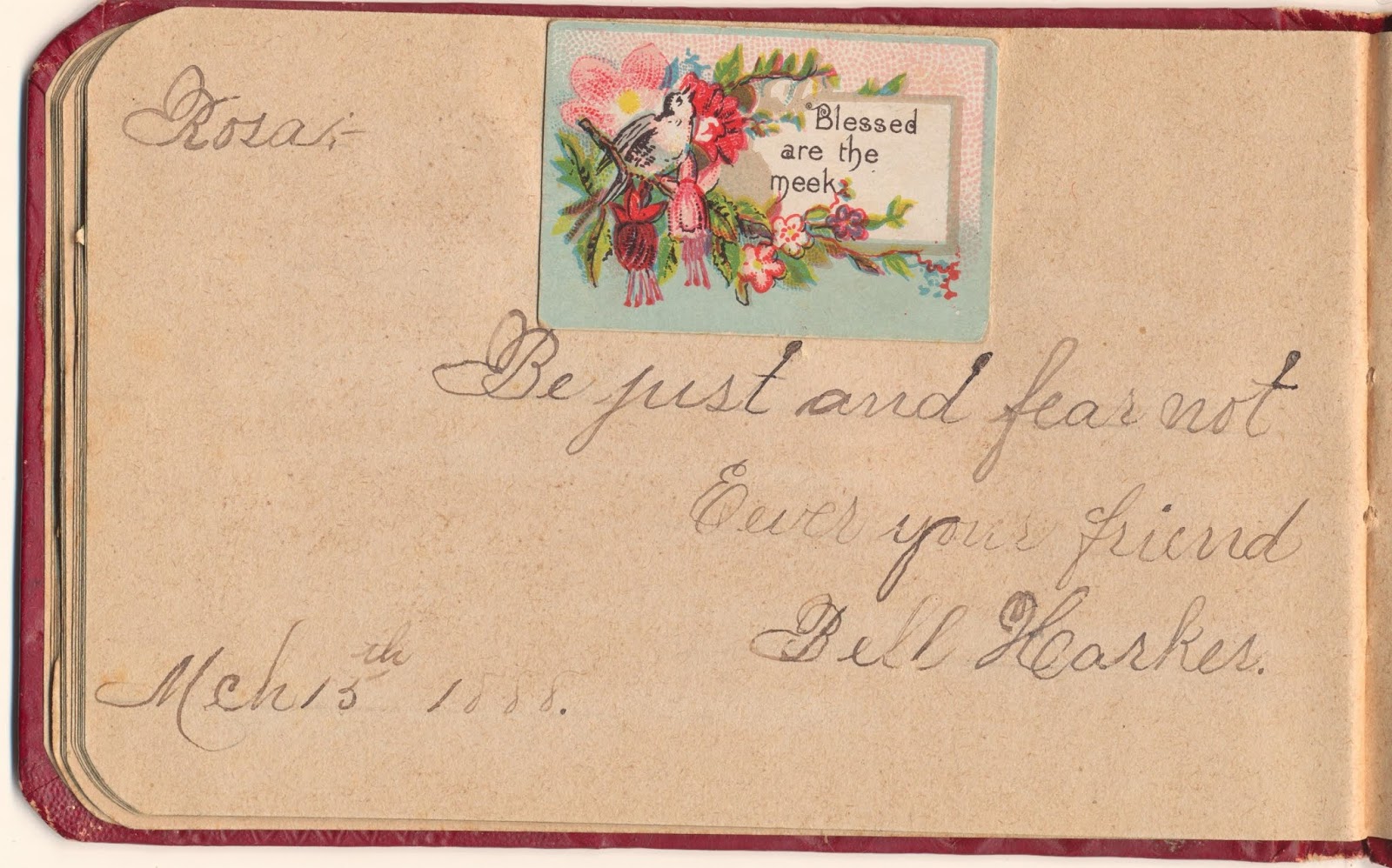 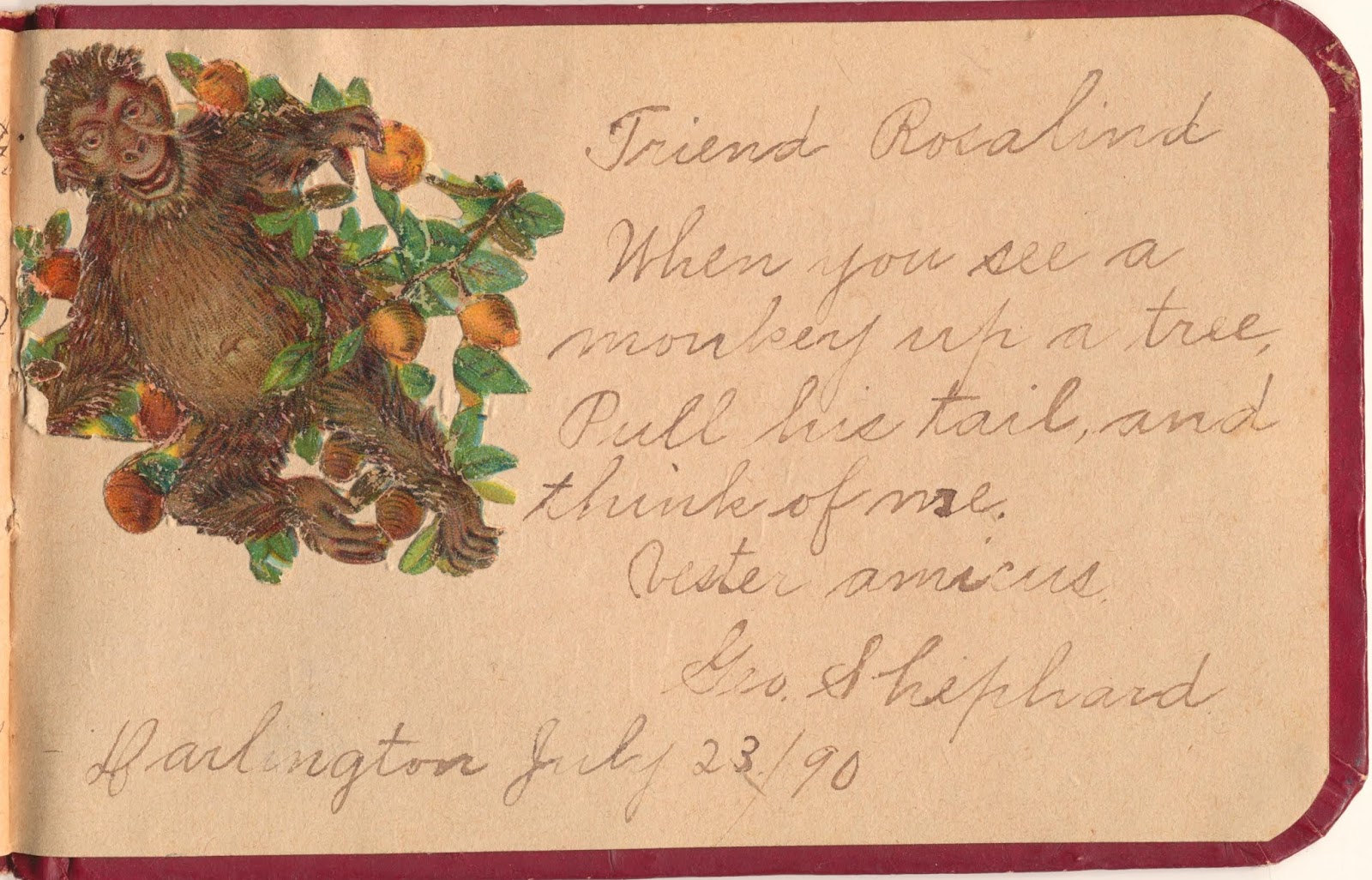 It is fortunate that this treasure has survived to this day. Not only is it a beautiful example of a nineteenth-century autograph book, but it also contains an impressive array of signatures from early Cuba City residents.  This 1892 photograph of Cuba City schoolchildren captures Rosa (middle row, left) and several of the students who signed her autograph book. 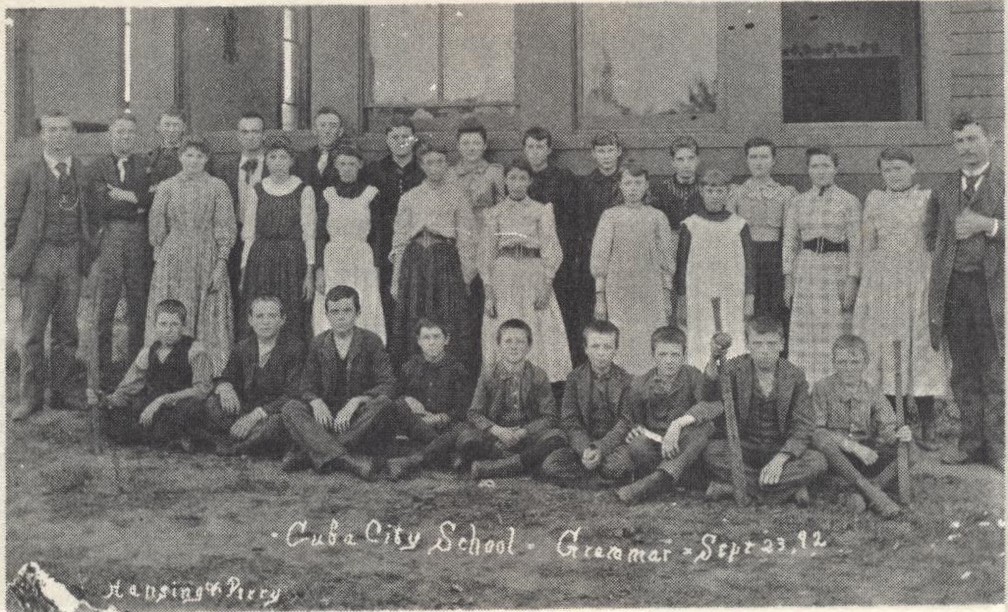 After Rosa's school days, the young woman taught school herself and was employed at the White Oak Springs school in 1895. In 1898, she moved to Chicago and worked as a stenographer before marrying Dr. Clarence Melville Cooper in 1908, making a home with him and their daughter in Ohio.

To view Rosa Willey's autograph book in its entirety: