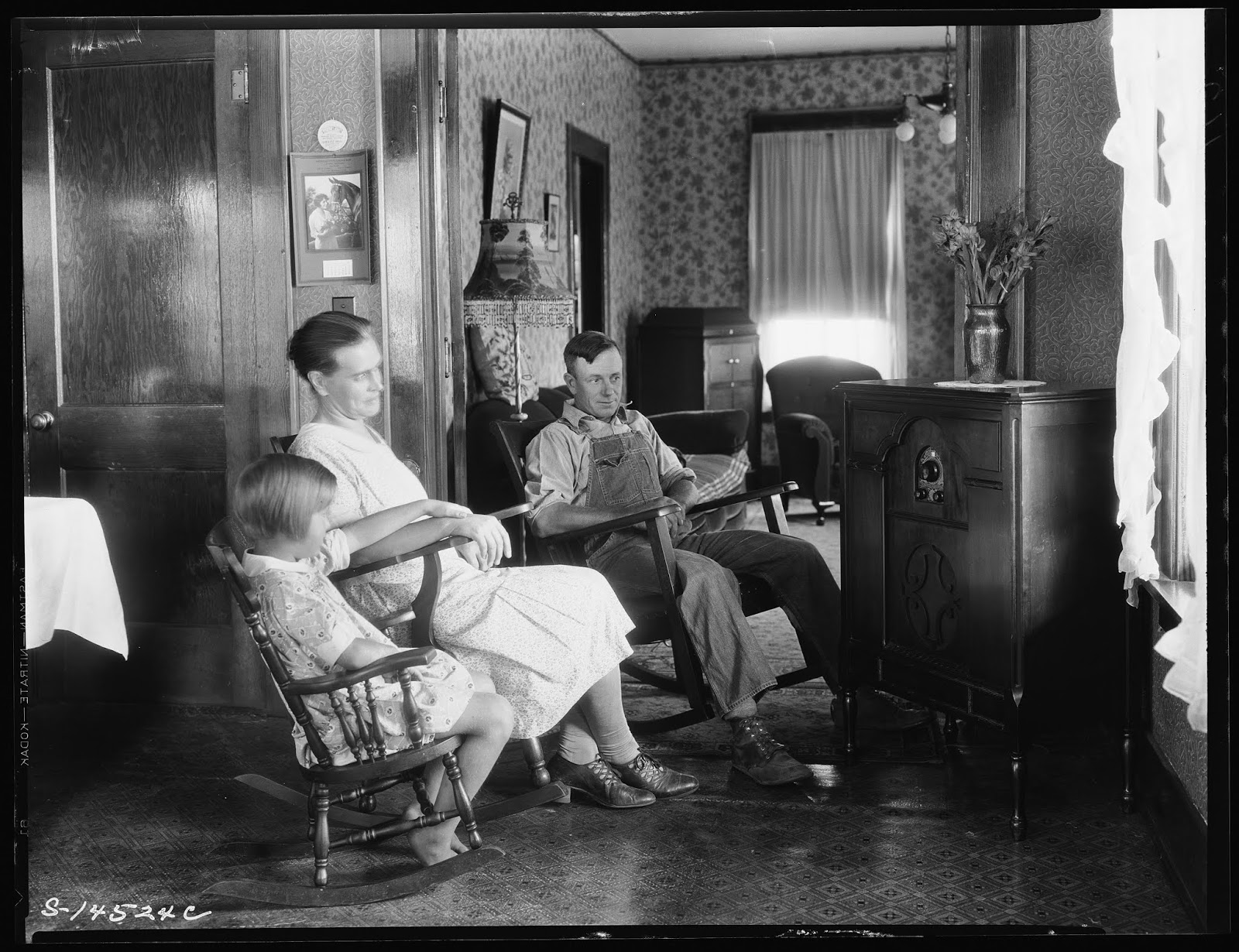 "A Farm Family Listening to Their Radio." Image courtesy of the National Archives (ID: 5729282).

On this day in 1925, the Telegraph Herald reported an increase in home radios across the area was hurting Cuba City's movie business:


Cuba City, Wis., Jan. 5—Special: The installation of radiophones in homes in towns and villages, and out on the farms is beginning to cut deep inroads into movie theatres. Over in North Hollow, west of Cuba City, one farmer has a radio outfit and when it is tuned up all the farmers on the telephone lines take down their receivers and get all the good music, singing and lectures free of charge.

Teasdale & Redfearn, lessees of the Auditorium theatre in Cuba City have cancelled their lease on the building and have ceased operations. Last Wednesday evening they gave their last film plays. They claim their business has fallen off tremendously of late and that they have lost as high as $100 a week on some of their recent offerings.


Fortunately, an uptick in home radios did not spell the end of movie theaters in Cuba City. The Cuba Theatre would open its doors in 1936 and operate for nearly 40 years.