The Christmas of 1906 must have been a magical one for a certain Miss Willey of Cuba City. Throughout December, she was the recipient of these four postcards, which were sent, unsigned, from Chicago.

These Santa Claus postcards were created by Franz Huld in 1906 for his "Huld's Puzzle Series," which also included subjects such as dachshunds, sea serpents, and skylines. 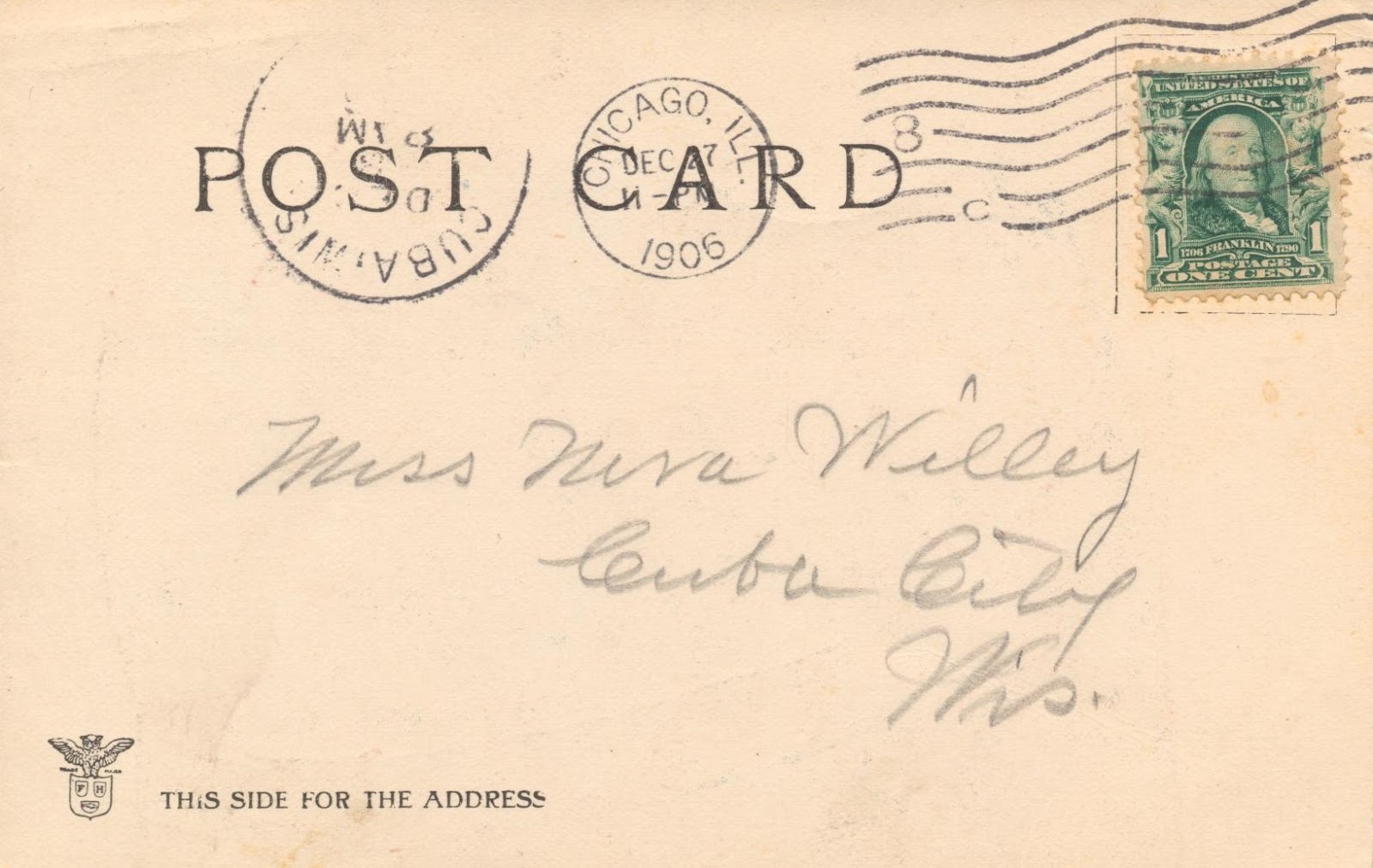