These holiday advertisements ran in the Cuba City News-Herald in the weeks leading up to Christmas 1919. Not only do they provide a snapshot of local businesses at the time, but they are also sure to put you in a festive mood. 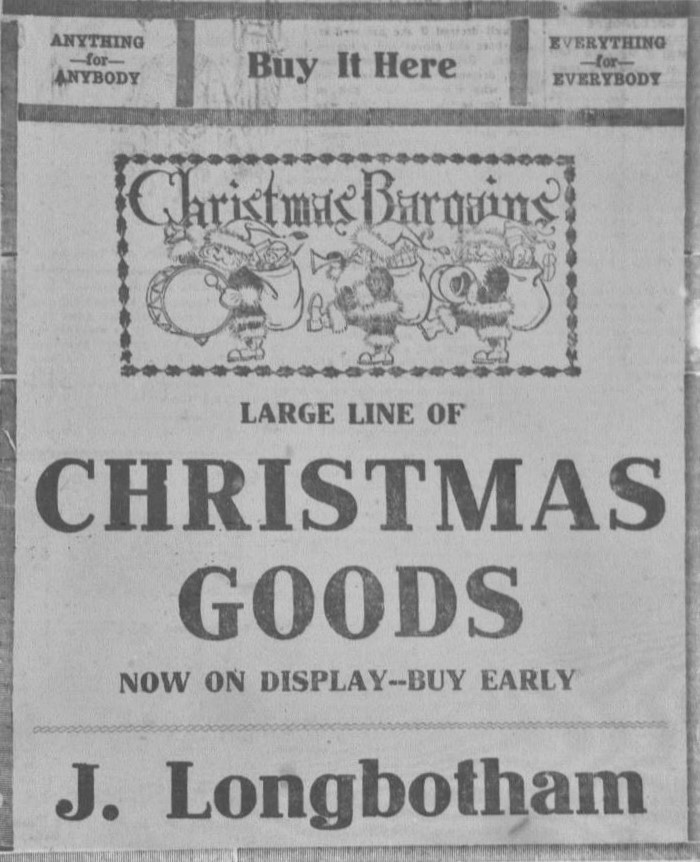 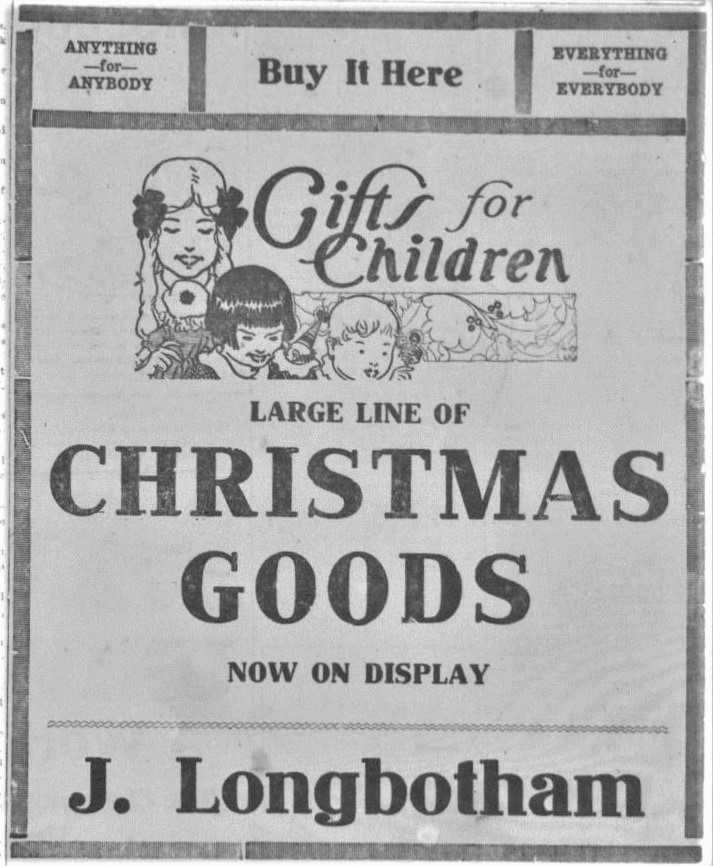 Joseph Longbotham's store was located on the corner of Main and Clay Streets, where Antiques Unlimited is today. (December 5 and December 19, 1919) 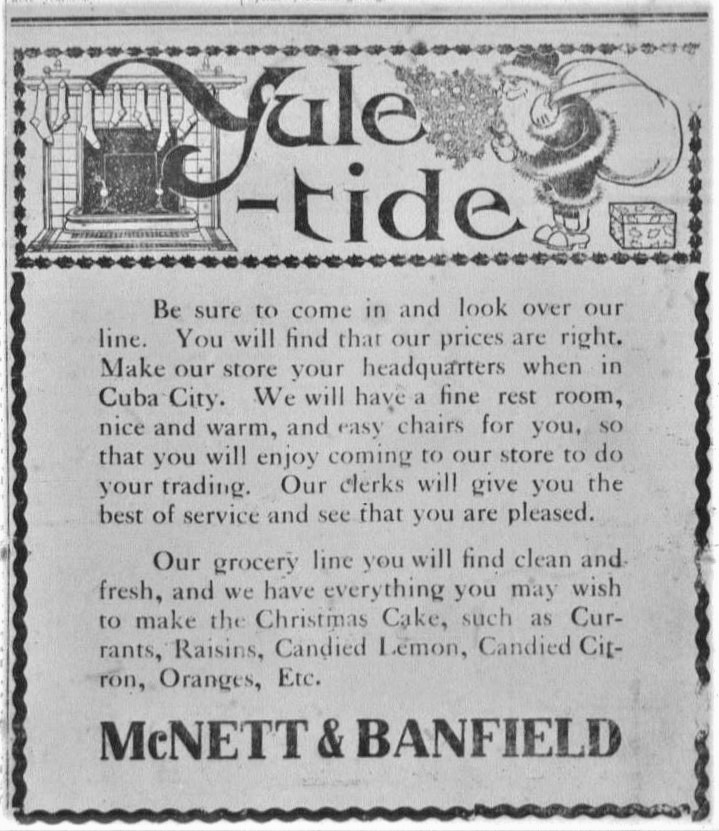 The "fine rest room" and "easy chairs" were selling points for potential holiday shoppers at McNett & Banfield in Cuba City one hundred years ago. Operated by Elmer McNett and Clyde Banfield, the business had just opened a few days before this advertisement was published. The shop was located in the First National Bank building, on the corner of Main and Clay Streets. (December 5, 1919) 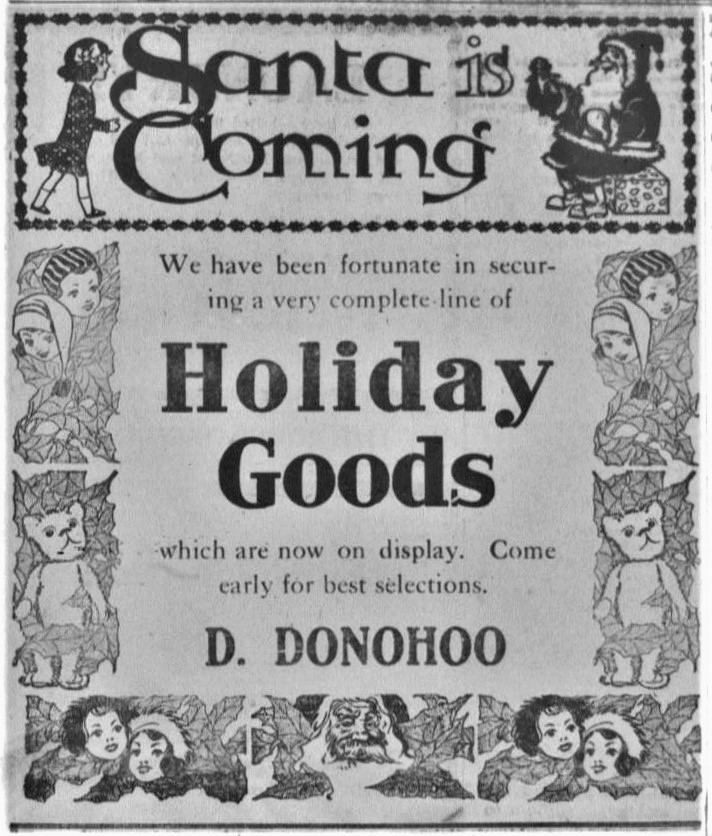 Donohoo's store was located on Main Street, where Antiques and Salvage is today. (December 5, 1919) 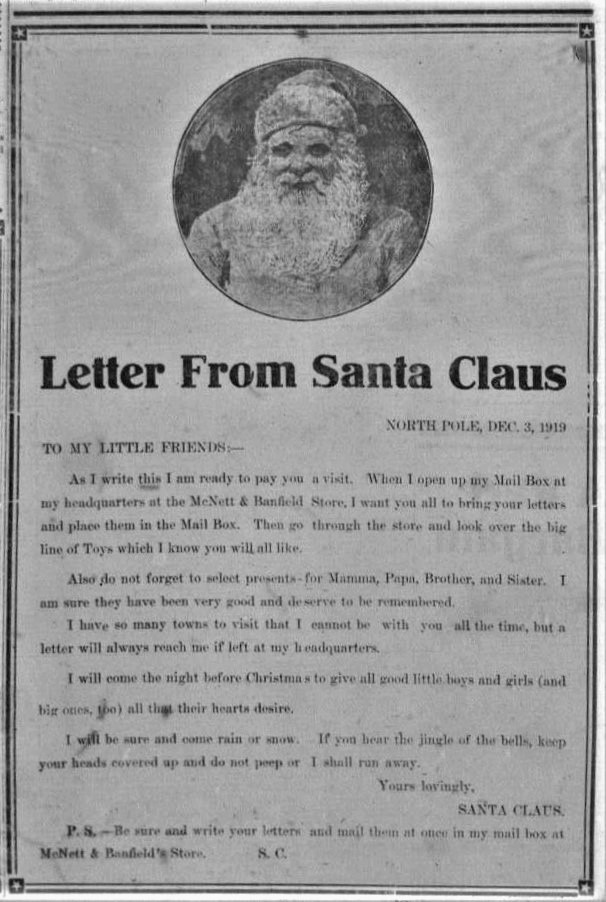 One hundred years ago, Cuba City children could drop off their letters to Santa at the McNett & Banfield store inside the First National Bank. (December 5, 1919) 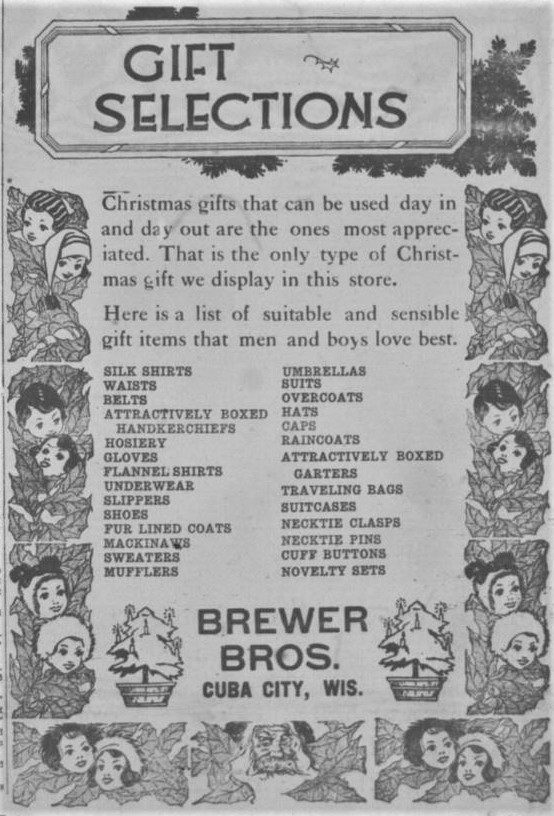 Mackinaws and mufflers on your shopping list this holiday season? Look no further than the Brewer Brothers clothing store in Cuba City--the place to go for "suitable and sensible" gifts one hundred years ago. In 1919, Brewer Bros. was located where the Junque Stops Here is today, in the building next to Nick's Cafe. (December 12, 1919) 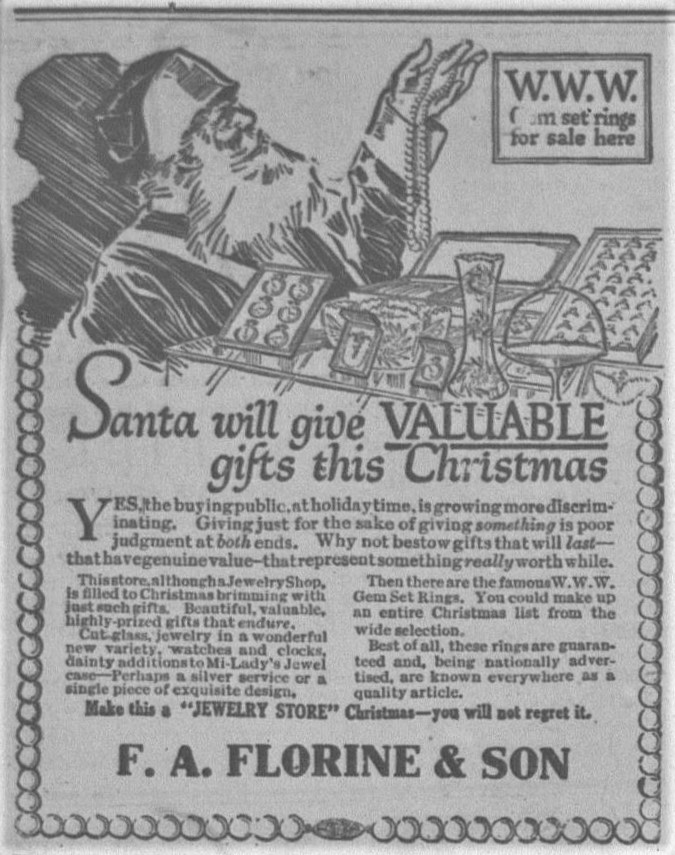 For those desiring a "jewelry store Christmas" in 1919, Florine's was the place to go. The drug store was located in the building now occupied by Subway, on the corner of Main and Clay Streets. (December 19, 1919) 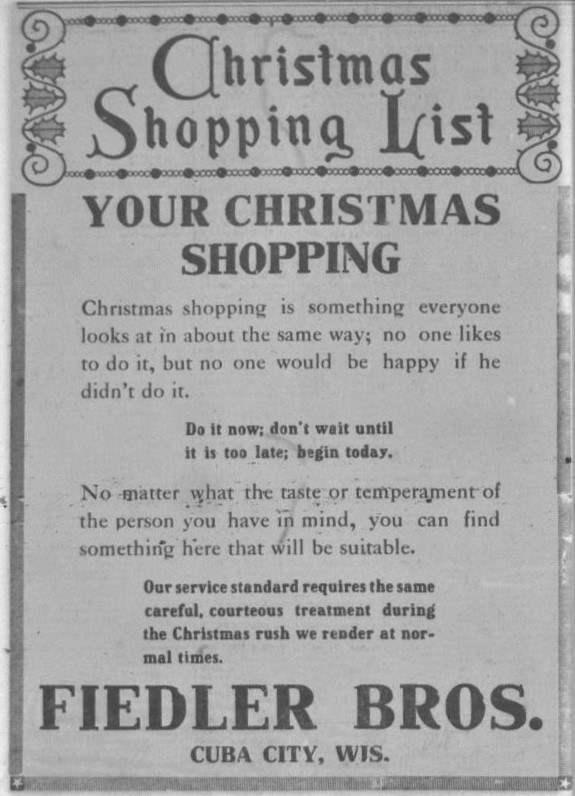 The Fiedler Bros. store was located where Gile Real Estate and Insurance is today. (December 19, 1919) 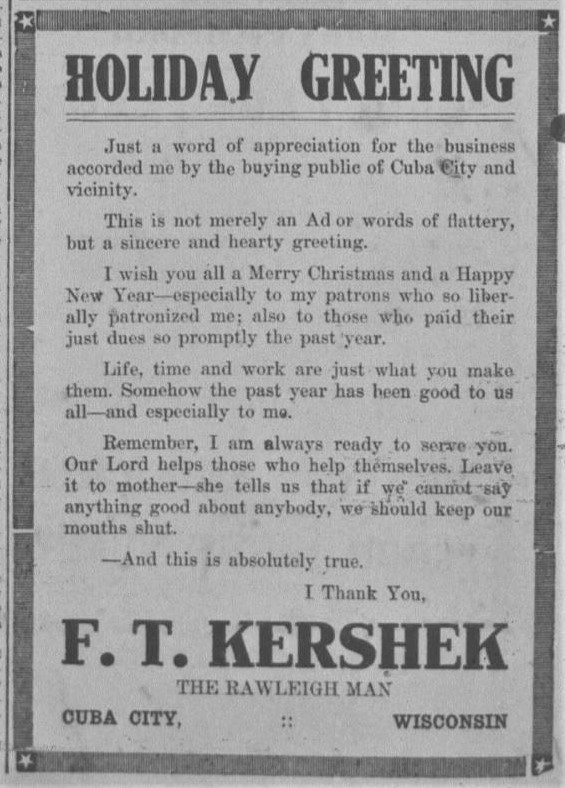