The Marshall Building: a "magnificent structure"

Happy 100th birthday to this Main Street building. Many may remember it as the home of the Cuba Theatre, but in 1919, Cuba City butcher William Marshall built it to house his new meat market. 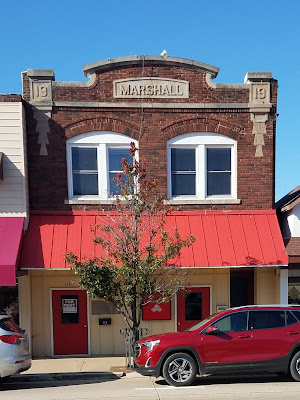 
"Wm. Marshall has moved his meat market into the swell new Marshall Block and now has one of the finest buildings for his business of any in the state. In fact, traveling salesmen tell us that there isn't as fine equipment in Milwaukee. The building is 50 x 80, two-story and basement, and is built of brick and tile. It will be heated by a steam plant. The meat market occupies the first floor, with the main business section, workroom, office and sausage factory. The second floor is divided into office rooms, with a spacious hall and stairway leading up from the street. The meat market is equipped with a $3,000 ice machine manufactured by the Creamery Package Co. and installed by the company's representative, Mr. Wm. Niehaus, of Chicago. This machine has a four ton capacity and is operated by a five horsepower electric motor, which runs a compressor, drawing the hot air from the storage department and any desired degree of coldness may be maintained.

Patrons of the Marshall Meat Market and citizens in general are loud in their praise of this magnificent structure and equipment and better service may be rendered patrons."


English-born John William Marshall came to the United States as a teenager, spending time in Blanchardville and Darlington before bringing his butchering skills to Cuba City around 1907. 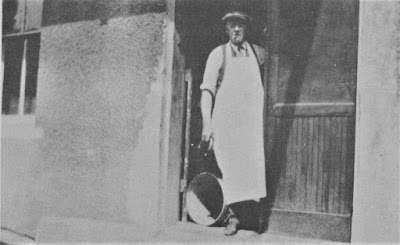 His butcher shop was previously located north of where the Dead End is today, visible in this 1909 photograph with the "Cuba City Meat Market" awning. 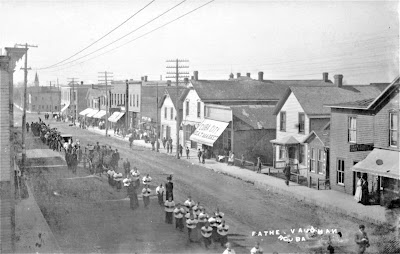 William Marshall did not spend much time in the "magnificent structure" that still boasts his name. Due to poor health, he sold his meat market less than a year after opening at the new location. The butcher took up the reins again the following year, but this pattern continued until, in 1924, William Marshall and his family left Cuba City for Monticello, Iowa, where he operated a meat market for many years. 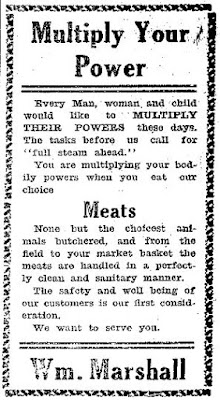 In addition to his business ventures, William Marshall served as Cuba City's village president from 1914-1920. He was also a member of the fire department and a director of the First National Bank.
Email Post
Labels: 1910s 1919 businesses Butchers Main Street William Marshall