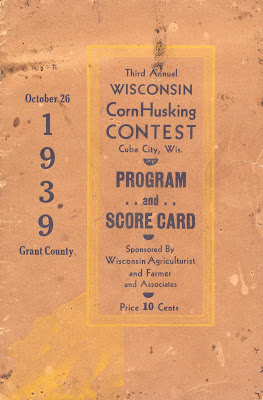 On October 26, 1939, tens of thousands of people descended on Cuba City to attend the Third Annual Wisconsin Corn Husking Contest. Fourteen competitors vied for the state championship amidst unimaginably large crowds and a carnival-like atmosphere. 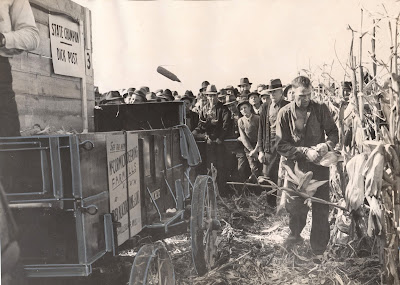 
The competition was held on the Bartel (Bob) Rasque farm on County H, just west of where the St. Rose Catholic Church stands today. 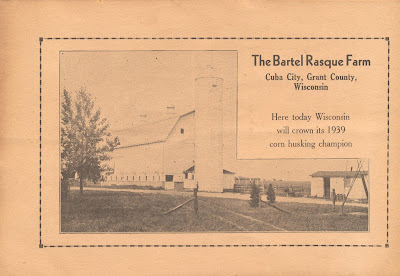 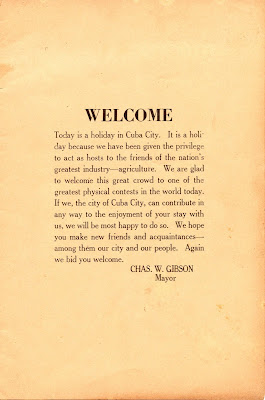 Much planning had occurred to cope with the anticipated large crowds. Members of the National Guard and specially deputized sheriffs were on hand to make attempts at traffic control. Sixty acres of fields near the competition were set aside for parking, and an airstrip was available to fly passengers to and from the farm.

Despite the preparations, dealing with the estimated 20-25,000 people who flooded the city was a challenge. Traffic jams were inevitable and, shortly before the contest was due to begin, traffic was at a standstill for two miles.

The beautiful weather--sunny skies and temperatures in the low 70s--likely encouraged even more spectators. An estimated 3-4,000 automobiles were parked at the Rasque farm at the height of the event, with 2,000 people leaving their cars in Cuba City and walking to the contest. The La Crosse Tribune reported that the roadside along the farm "took a beating from castoff pop bottles and tramping feet." 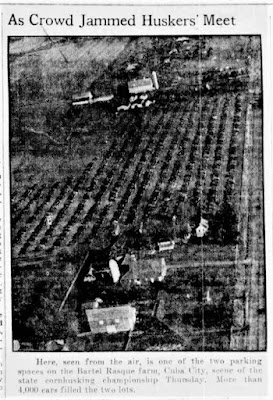 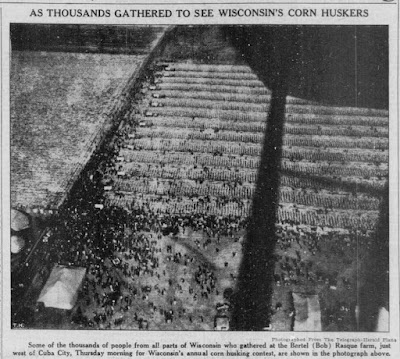 The grounds of the competition were dotted with tents containing farm implements and concessions. The 37 concessions available ranged from soda and hot dog stands to meals cooked by women from local churches. 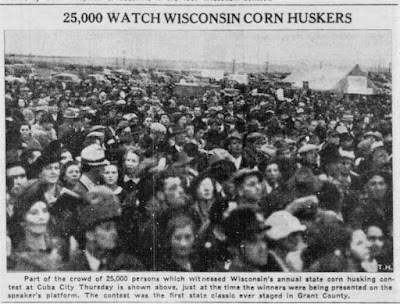 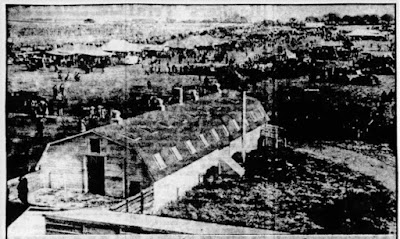 Photograph by Al Gilbert. Published in The Capital Times (October 27, 1939).

Many kinds of entertainment were on offer. Music was provided by a Benton quartet and bands from the Cuba City, Benton, and Hazel Green high schools, the Platteville State Teachers College, and the Platteville Civilian Conservation Corp. There were speeches by various dignitaries, a horse show, and an aerial demonstration. 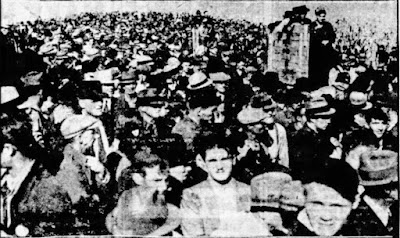 Photograph by Al Gilbert. Published in The Capital Times (October 27, 1939).

The actual corn husking competition began just before 11:30 a.m., when the signal sounded and the contestants made their way down their rows of corn. 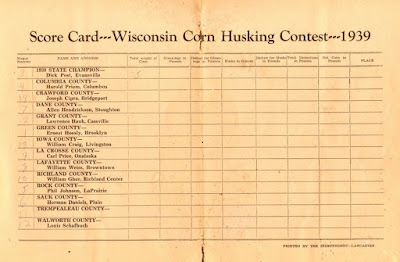 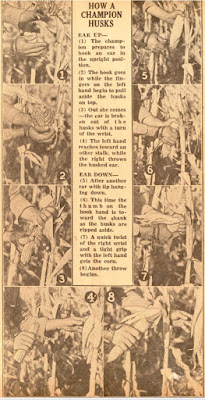 The previous year's champion, Dick Post, was triumphant once again, besting his thirteen opponents. The Evansville-area farmer set a new state record by picking 2,480 net pounds of corn in 80 minutes.

Though most of the action was happening just outside of town on the Rasque farm, the contest was a boon for Cuba City businesses, as well. Taverns and restaurants hired dozens of extra staff to serve the enormous crowds. The Capital Times drew attention to the fact that around one hundred slot machines had sprung up in businesses and public spaces throughout town, waiting to entice visitors to deposit their loose change.

For more on corn husking competitions, including the Cuba City event, check out Dennis A. Wilson's informative article, "Omer Koopman, King of the Corn Huskers"
To experience the atmosphere of a corn husking contest, view this amazing footage from the 1940 competition in Richland Center: Wisconsin Corn Husking Championship the Fall of 1940


The complete program from the 1939 competition in Cuba City is available here: