Cuba City has been fortunate to have talented chiropractors in town for decades. But who was Cuba City's first chiropractor? The answer is likely Benjamin B. Ripperda, a local man whose interesting life led him to the new discipline of chiropractic. 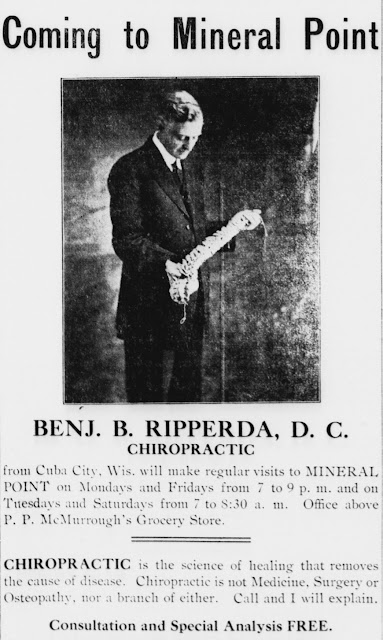 Born on February 13, 1872, Ripperda grew up on a farm north of Louisburg, the son of German immigrants, Bernard and Caroline Ripperda. The family relocated west of Cuba City, near Georgetown, when Benjamin was about twelve years old.

The young man must have shown academic promise, as he went on to pursue higher education in Dubuque. He graduated from St. Joseph's College in 1890 and Bayless Business College in 1893.

As a Bayless graduate, Ripperda was well suited for the clerical work he performed over the next few years. After holding positions in Dubuque and St. Louis, he returned to Cuba City, where he oversaw the implement department of the Hendricks & Harris general store. 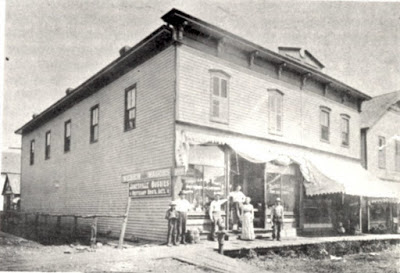 The Hendricks & Harris store was located on the southeast corner of Main and Clay Streets, where Antiques Unlimited is today.

In the fall of 1897, Benjamin Ripperda was on the move again, embarking on what would likely be the most bizarre and influential part of his life. He landed in tiny Epiphany, South Dakota and was drawn into the world of Father William Kroeger, a Catholic priest-turned-medical entrepreneur. While Ripperda was initially hired as a school teacher and secretary to Kroeger, he, along with fellow assistant Louise Mentele, received medical training from the priest-doctor to assist with his booming clinic and mail-order remedy business. 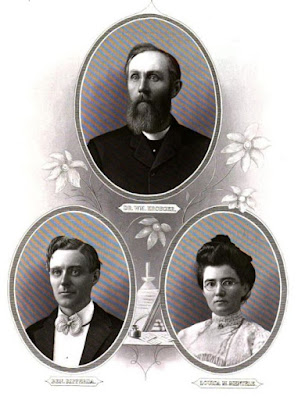 Though Father Kroeger's qualifications for practicing medicine are dubious--his claim of possessing a medical degree was never proven--the priest gained a reputation in South Dakota, and beyond, as a skilled healer who could treat anything from nervousness to cancer. Early treatments involved liquid remedies, ointments, and compresses, but in 1903, Kroeger purchased three x-ray machines, which he and his assistants used to treat cancers and lung disease.

Father Kroeger was a force of nature, sometimes seeing 130 patients in one day. It is no surprise that he enlisted Benjamin Ripperda to shoulder some of the burden. Whether or not he had the qualifications, the Wisconsinite was not employed long by Kroeger before he was referred to as "Doctor Ripperda" and, by 1904, he appears in Polk's Medical Register and Directory of North America. Ripperda signs the below letter to a medical journal "B. Ripperda, M. D.," evidence that he considered himself a doctor, as well. 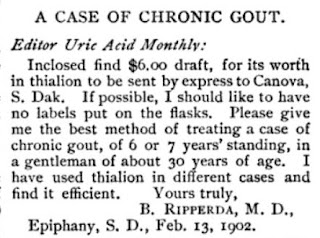 Despite his seemingly boundless energy, Doctor Kroeger was not indestructible, and his death in 1904 meant that Benjamin Ripperda had to seek his next adventure. He moved to Larchwood, a small town in northwestern Iowa where some of his Wisconsin family had settled. There he was associated with business ventures, including a general store and pool hall. 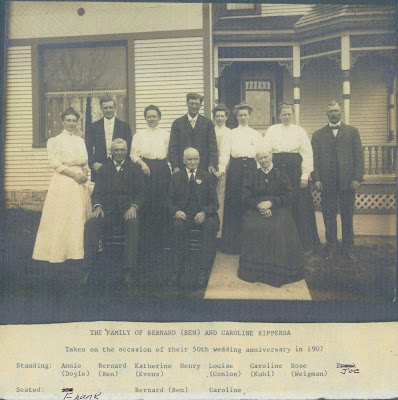 Benjamin Ripperda's parents and siblings in front of their Cuba City home on West Benton Street. Photo discovered on Ancestry.com, used with permission.

It seems that his years working in Father Kroeger's clinic continued to resonate, however, and Ripperda sought out a new way to heal people. In 1912, he completed a degree at Palmer College of Chiropractic in Davenport, which had just opened its doors 15 years earlier. The new graduate returned to Wisconsin, spending the next few years practicing in Cuba City and Platteville, while also making regular visits to Mineral Point. The following advertisements for his services were found in Mineral Point's Iowa County Democrat newspaper.

By 1918, after gaining experience in the familiar territory of his childhood, Benjamin Ripperda moved his practice to Savannah, Georgia, and married Jewel Ryan, who had been a designer at a millinery shop in Mineral Point.

Details of Ripperda's later years are much harder to come by. Sometime after 1930, he and his wife moved to Minneapolis, where he died on Oct. 26, 1942, at the age of 70. Benjamin and Jewel Ripperda are buried at Mt. Olivet Cemetery in Key West, south of Dubuque.

For more information on Benjamin Ripperda's time at Father Kroeger's clinic in Epiphany, South Dakota, as well as more pictures of Ripperda and the medical "laboratory" where he worked, this article by James Marten is excellent: "A Medical Entrepreneur Goes West : Father William Kroeger in South Dakota, 1893-1904"

This biography of Benjamin Ripperda, published in Doane Robinson's History of South Dakota in 1904, provided much information about the chiropractor's early life: "Benjamin Ripperda"