One hundred years ago today, a Cuba City couple reached a milestone that was rare for the time: a 55th wedding anniversary. It was enough to earn them this fancy spread in the local newspaper.

John and Elizabeth Jane Stephens were early Cuba City-area settlers. John Stephens was one of the town's founders and served as the first railroad station agent, postmaster, and village president. 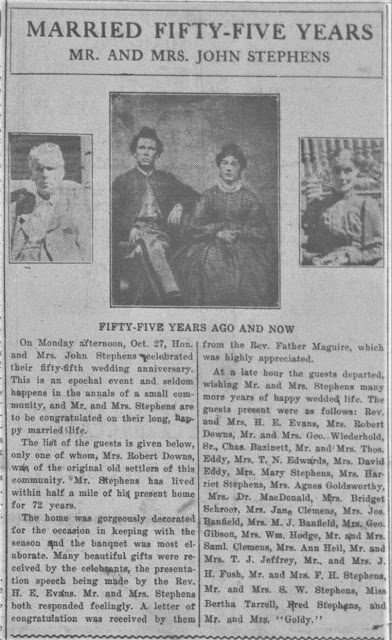