It is homecoming week in Cuba City! These images from the 1952 homecoming parade should help you get in the spirit. Be sure to look for the V-2 rocket-themed parade entry, a reminder that this was the era of the Korean War and the Cold War.

The Cuba City High School yearbook, "The Nugget," offers the following description of the 1952 homecoming events:

On Thursday evening, October 23, 1952, a pep meeting was held in the gymnasium rather than the traditional bonfire at the athletic field. The crowning of Queen Ann was one of the highlights of the meeting.

Preceding the game on Friday, October 24, the parade was held. It was led by the band; following the band were the queen and her attendants and the floats of the classes and organizations.

The football boys were really out to win the game and they ran over Dodgeville with a score of 39-6.

The activities were ended with a dance in the evening in the gymnasium which was gaily decorated with crepe-paper streamers. The 'Jack' Busch Orchestra furnished the music." 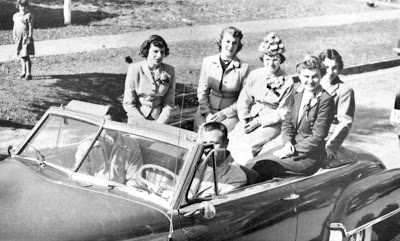 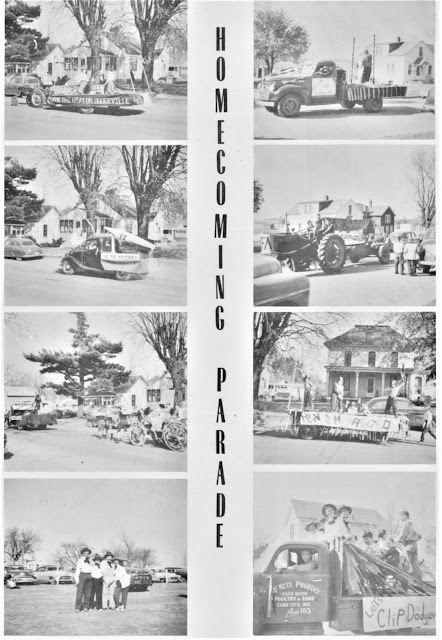