Just in time for spring cleaning, the Pascoe Bros. hardware store was advertising its Maytag washers one hundred years ago, in March 1919. 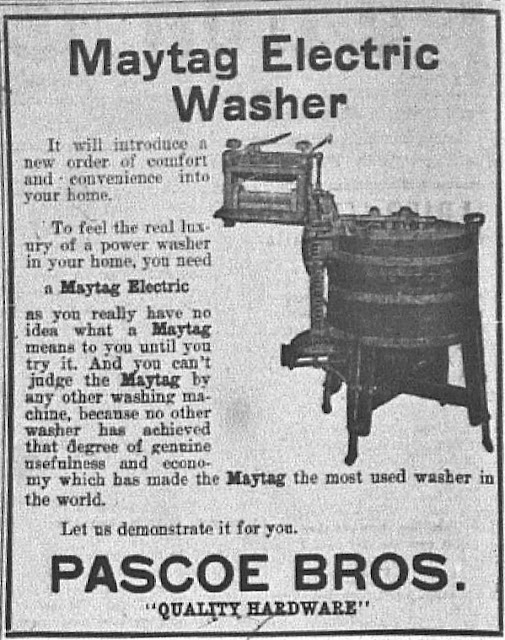 The store was located on Main Street in the northern Junque Stops Here building, next to the former Cuba Theatre. William H. Pascoe built this hardware store in Cuba City in 1876, the year after the town was founded, and his sons, Vincent and W. W. (Willis William), continued to run the business after his death in 1917.
Email Post
Labels: 1910s 1919 advertisements Cuba City hardware stores Pascoe Bros.