Cuba City's First National Bank operated from 1900 to 1928, when it was acquired by the Cuba City State Bank.

This is an actual bank note issued by the First National Bank in Cuba City and signed by cashier Matt Hendricks and bank president Henry J. Kettler. The note was printed by the United States Treasury and is dated 1900, but it's not clear when it went into circulation. Kettler was definitely the bank's president by 1911. 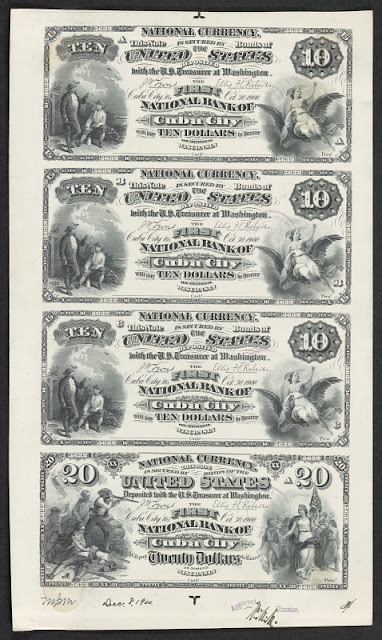 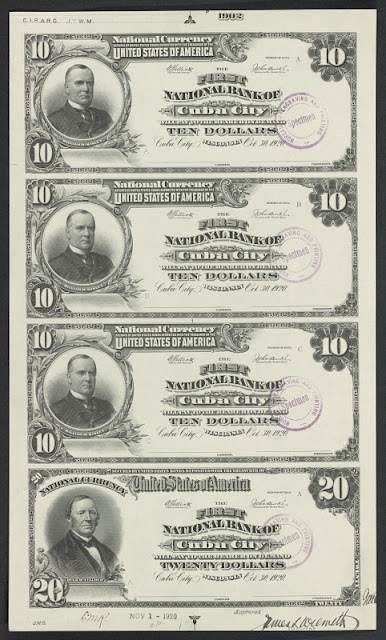