In February 1919, Cuba City's First National Bank gave away small savings banks to all who opened a new account. 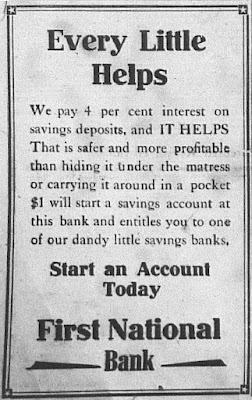 It is unclear whether this metal bank was exactly the model given away in 1919, but it may have been similar. 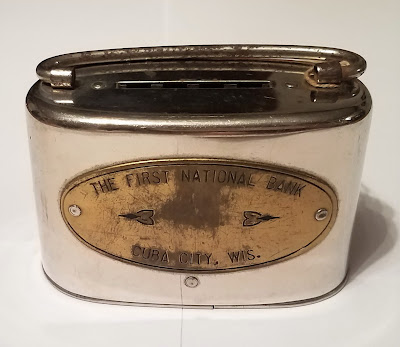 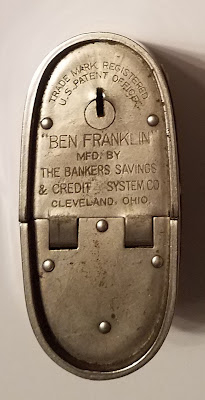 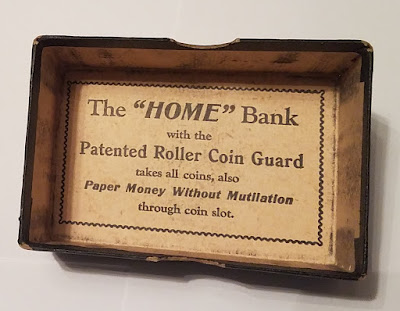 The First National Bank operated in Cuba City from 1900 until 1928, at which time the stocks and assets of the institution were acquired by the Cuba City State Bank. From 1907-1928, the bank was located on the corner of Main and Clay Street, south of City Hall. 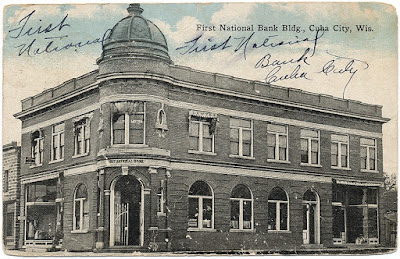 Image from a postcard postmarked 1918.