Though the war had officially ended, retailers were still bound by wartime regulations for the 1918 holiday shopping season. Shoppers were urged to buy their gifts early to avoid overwhelming businesses unable to hire extra help at this busy time. These advertisements are from W. T. Lowe's, which was located in the First National Bank building on the corner of Main and Clay Street in Cuba City. 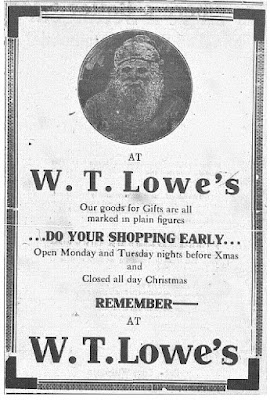 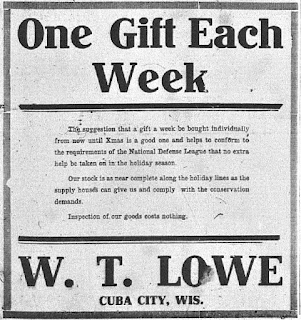