On a blustery day like this, it is tempting to bundle up like Harry and Anna Riker. 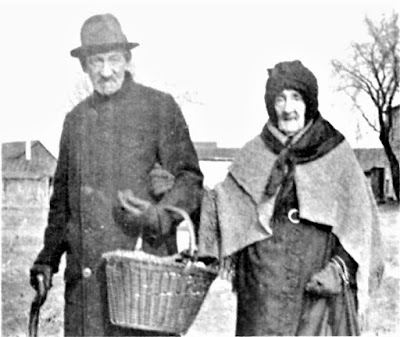 Harry Riker, with his mother Anna, as pictured in the Cuba City Centennial history.

Anna Riker was, according to the Telegraph Herald, Cuba City's oldest resident when she died in 1939 at the age of 93. She sounded like quite a character and supposedly once told a magazine salesman when she was 85 years old that "she had no intention of reading her head off to put him through college."

Anna and her husband, Henry, lived in Dubuque for many years, but the couple had divorced by 1910, and she moved to Cuba City with her son, Harry. Henry Riker was an ice dealer and successful businessman and left behind a sizable estate when he passed in 1911. The Telegraph Herald found it quite "peculiar" that Henry left his real estate and much of his riches to the Protestant churches of Dubuque, while many of his family members received little by comparison.