On this day, one hundred years ago, a fire broke out in the building housing Brewer Brothers Clothing, the Jacco Drug Store, and the Knights of Columbus club rooms. These were located where the Junque Stops Here is today, in the building next to Nick's Cafe.

The fire alarm was sounded at 3 a.m., summoning the fire department as well as bystanders who helped carry the contents of the clothing shop to safety. The fire originated in the drug store and fortunately the building, though damaged, was saved. 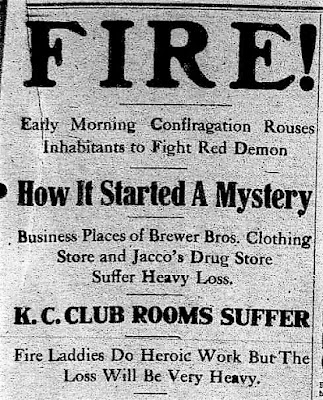 One week after the fire, the Brewer Brothers published a notice in the Cuba City News Herald, dispelling rumors that their account books had gone up in flames and asking customers to settle their accounts, "as we are very much in need of cash just now."

After settling "satisfactorily" with the insurance companies, Brewer Brothers advertised a fire sale for their "Mammoth $30,000 stock of clothing, hats, caps, shoes, men's furnishings, etc." that survived the fire. They assured customers that, while some goods were damaged by smoke and water, most were unharmed. 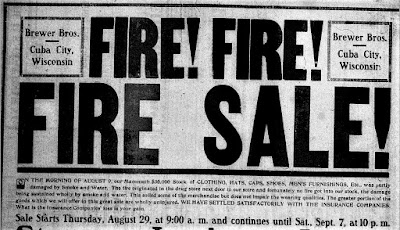 The business operated out of several different buildings in town until the fire damage was repaired. 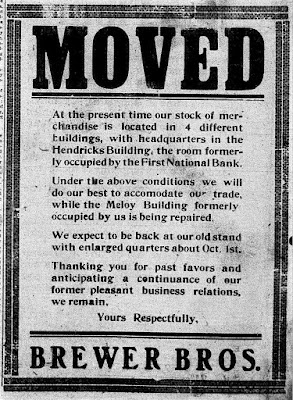