At a time when higher education, particularly for women, was not very common, Cuba City resident Imelda Bridget Doyle’s academic career was notable. 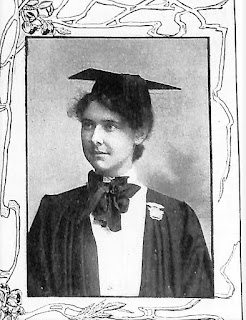 The daughter of Arthur and Catherine Doyle, Imelda grew up on a farm northwest of Cuba City, near Georgetown. She was one of several siblings, many of whom were also fortunate to receive an impressive education.

Imelda Doyle graduated from Cuba City High School in 1900, and then went on to attend St. Clara Academy at Sinsinawa, Wisconsin. St. Clara’s was established several decades earlier by the Rev. Samuel Mazzuchelli and drew female students from across the country due to its excellent reputation. 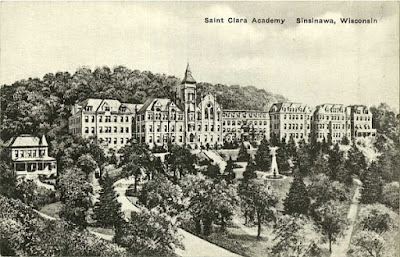 At St. Clara Academy, Imelda was on the editorial staff of the school publication, The Young Eagle, and in addition to her regular coursework, she took lessons in piano, violin, and painting. 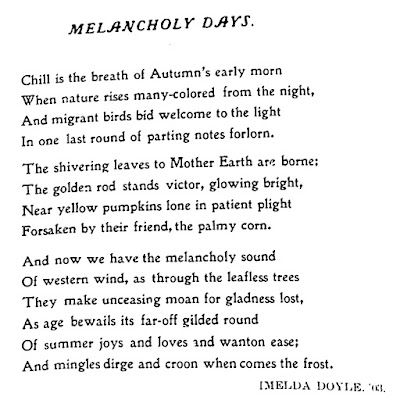 Poem written by Doyle for The Young Eagle

After graduating from the Academy in 1903, Doyle pursued her Bachelor of Arts degree in the new college course developed at St. Clara’s. She was one of only four young women in the second graduating college class.

Sadly, like many of her siblings, she died at a very young age. Only a few years after she began her teaching career, a lingering illness took her life on August 18, 1909, at the age of 26. The newspaper articles discussing her untimely death called Imelda “a brilliant girl,” and her funeral was one of the largest St. Rose Catholic Church in Cuba City had seen.

Doyle is buried with her family in the St. Rose Cemetery, north of Cuba City. 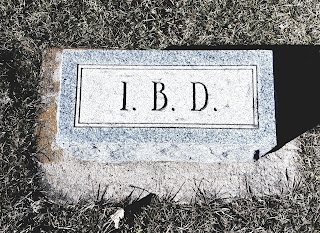