In March 1918, Florence Phillips opened a millinery shop in Cuba City. Phillips was a graduate of Cuba City High School and would only have been about 20 years old when she went into business selling women's hats. 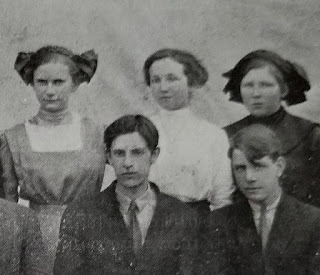 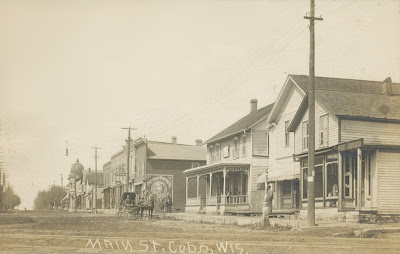 The following announcement was published in the March 1, 1918, issue of the Cuba City News Herald:


Cuba City is to have a new millinery establishment. Miss Florence Phillips has rented the Banfield building one door south of the Northwestern Hotel and will carry a fine line of the latest designs in millinery.

In 1921, Florence Phillips moved her business across the street, into the building now housing the Tri-County Press.

She operated her millinery shop for over five years before selling to Agnes Walsh in November 1923. Phillips was married the following month and she and her civil engineer husband, Harvey Austin, wound up living and raising a family in Montana.
Email Post
Labels: 1910s 1918 1920s 1923 businesses Florence Phillips Main Street millinery