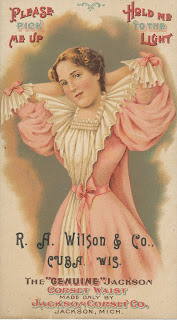 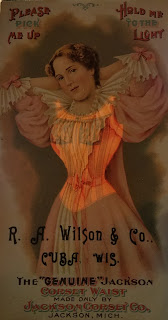 R. A. Wilson was a stock dealer and hotel proprietor in nearby Georgetown, but when railroad tracks were laid through Cuba City in the 1870s, Wilson opted for a business in the growing new community.

The Wilson & Co. store, a general store and market for grain and farm produce, was established in Cuba City around 1875.  R. A. Wilson was in business with two other gentlemen: Simon Harker and Cooper (first name unknown). They built the building that is now home to Antiques & Salvage on Main Street.

In the early 1890s, R. A. Wilson & Co. started the first creamery in Cuba City, which they later leased to the Elgin Creamery Co.

In 1895, J.C. Donohoo, Patrick Doyle, and Thomas Splinter bought into the business and the store would eventually become Donohoo, Splinter & Company, as it appears in the photograph below. 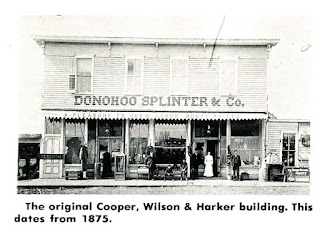