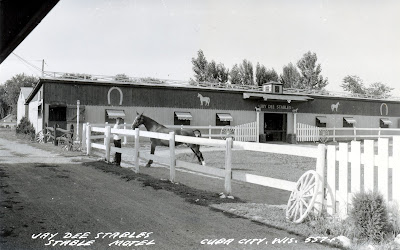 An image from the early days of the Stable Motel in Cuba City. I'm not sure when the motel opened, but the following advertisement was found in the Dubuque Telegraph Herald on February 20, 1958:

Stop get a stall, tie up with us. Completely modern. Stable Motel, Cuba City, Wis.