In 1905, my great-great-grandfather sought estimates for a new barn he was building on his farm in Elk Grove Township (Lafayette County). He received quotes from two Cuba City lumber dealers--Eustice & Jenkyn and the Cuba City Lumber Yard--and, fortunately, copies of those estimates still exist on the company letterhead: 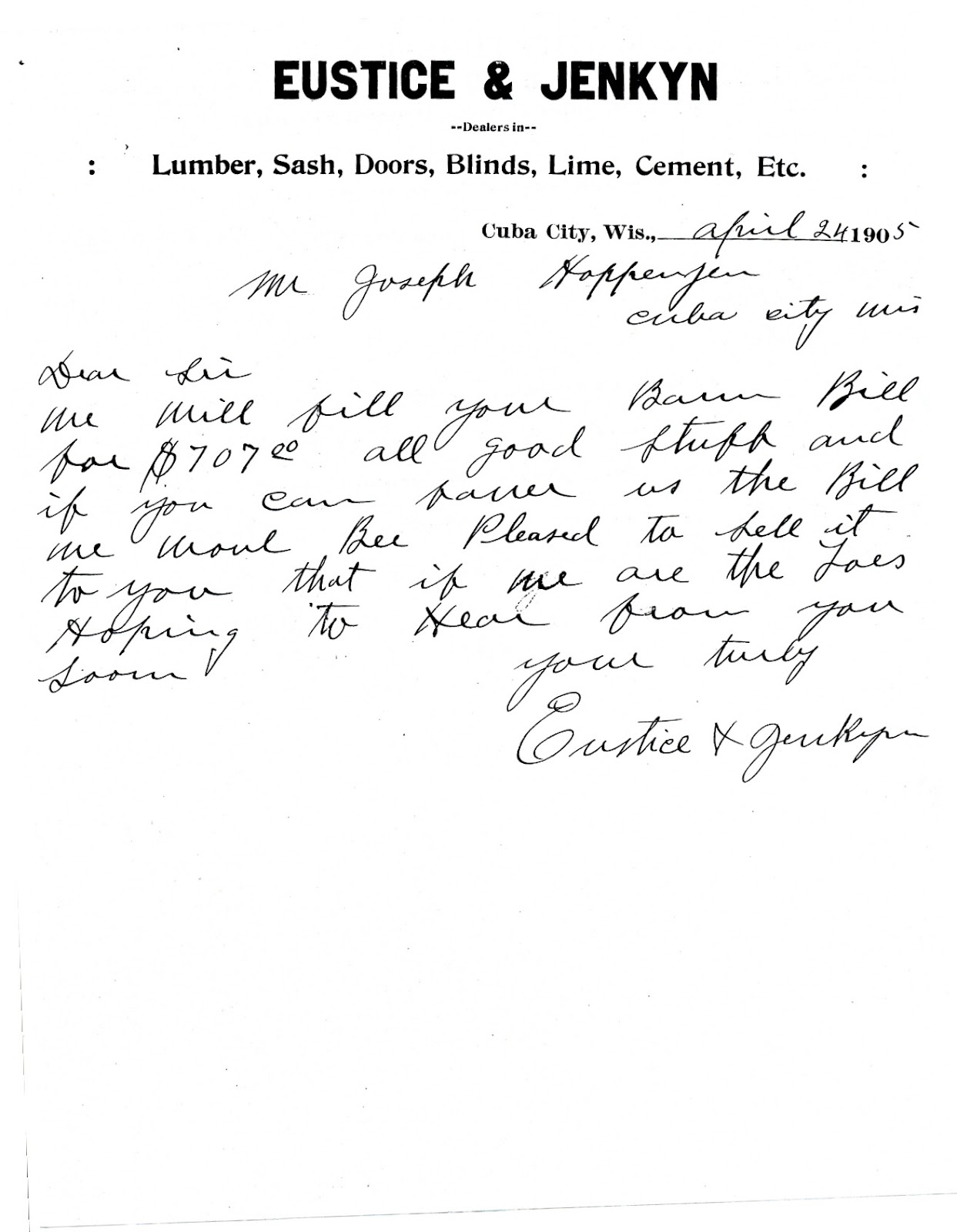 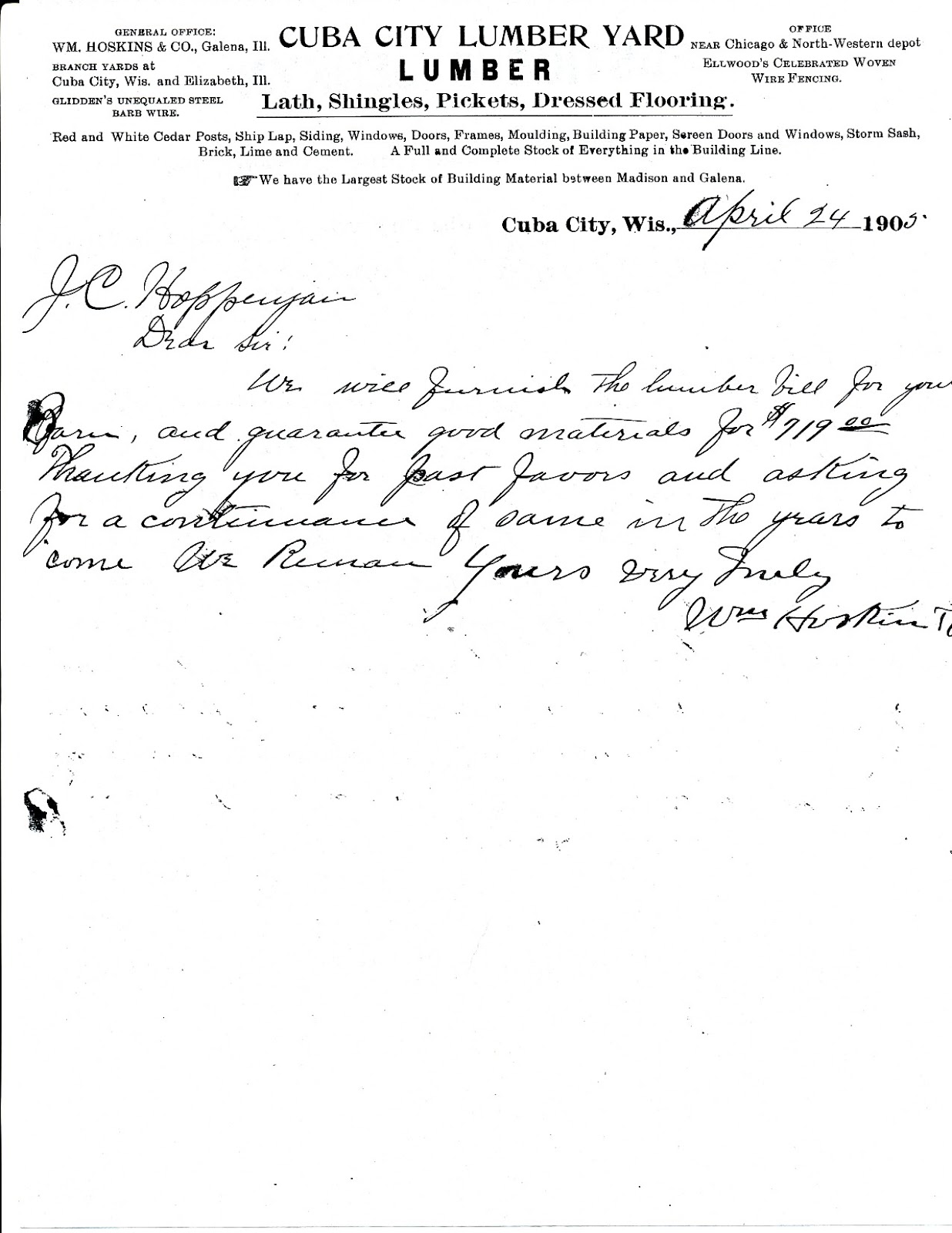 Below is an earlier 1898 receipt from the Cuba City Lumber Yard. I include it because it lists Sherman Smalley (future attorney and judge) as salesman. 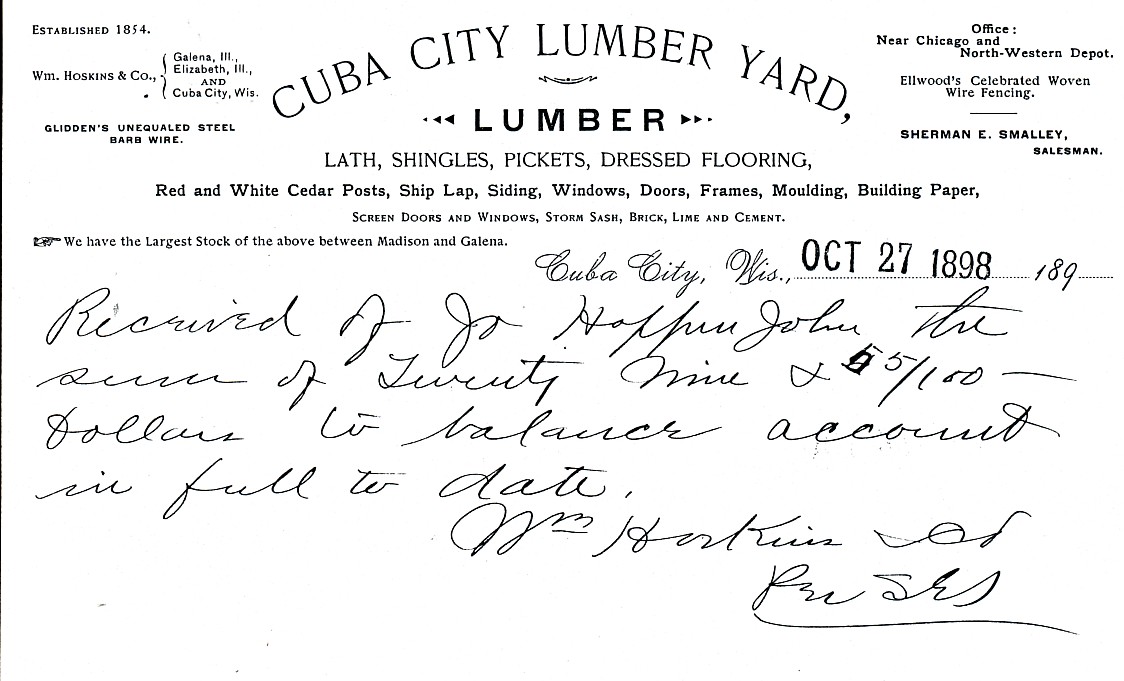 The Eustice & Jenkyn lumberyard was established around 1895 by Edward J. McCormack, Charles Eustice, and John Jenkyn. It was known as E. J. McCormack & Co. until McCormack left in the early 1900s. The business began as a grain buying and farm supply firm but eventually moved to lumber. The lumberyard was located where the former racquetball courts and Cardins pharmacy are today. 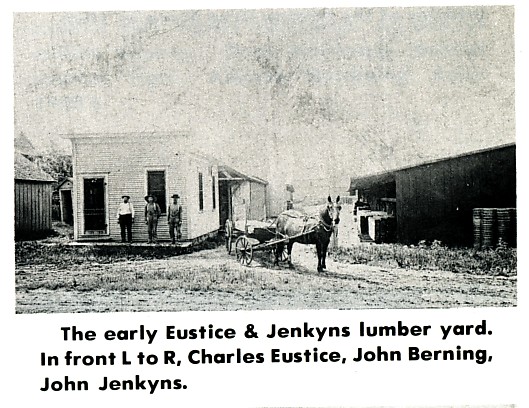 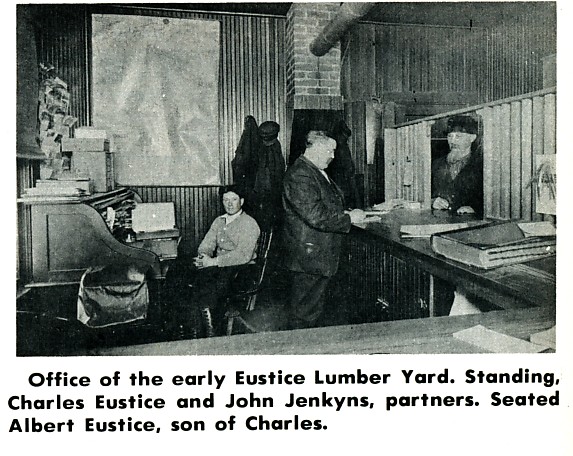 After John Jenkyn died, Charles Eustice and his sons, Russell and Albert, and later grandson Maclay, carried it on as the Eustice Lumber Company. After Maclay's death in 1968, it was purchased by B&H Lumber Company.

Nearby was the Cuba City Lumber Yard, which was a branch of the William Hoskins & Co. lumber business in Galena. William Hoskins probably opened the yard in the 1880s. According to the company letterhead, the lumber company's office was near the train depot. The lumberyard was located where Kwik Trip is today. Hoskins also had sheds across Calhoun Street, where the laundromat now stands. The business later became known as the Hoskins Lumber Yard and existed into the 1920s.