If you haven't driven past the Cuba City fire station lately, you are missing out on a piece of local history. The city's old fire bell is now nicely displayed for all to see. 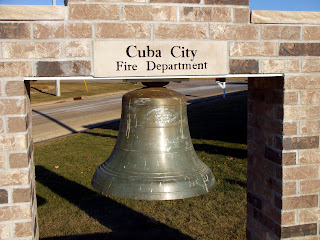 The bell was cast in 1897 by the Centennial Bell Foundry in Milwaukee, Wisconsin. The foundry was owned by Scottish immigrant, Gardiner Campbell. The Milwaukee foundry was well known in the U.S. and beyond and was responsible for the 11-ton bell in Milwaukee's City Hall.

Probably one of the first images of Cuba City's fire bell can be seen in this photograph: 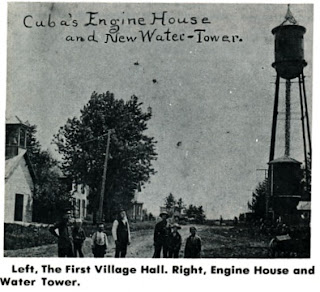 Cuba City was incorporated as a village in 1891, and you can see the first village hall, complete with a fire bell, at the left in this picture. This original village hall stood where American Bank is today.

A second village hall was built in 1920 on Main Street and the bell was moved to the new building. 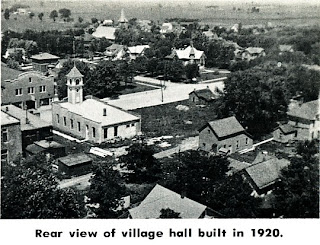