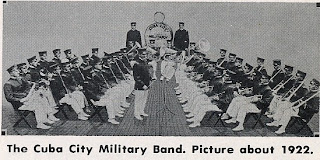 The Cuba City Military Band was formed in 1885 and was quite popular. The band often performed at events in Cuba City and further afield. The above photo was published in the Centennial book of 1975. It is actually a bit older than 1922, as it appeared in the September 24, 1915 issue of the Cuba City News Herald. 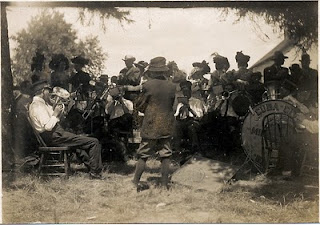 The above photo was purchased on Ebay. The drum on the right looks like it may say Cuba City Military Band.

There is a great article about the band made available online by the Wisconsin Historical Society.
Email Post
Labels: bands military band Music