Otto Udelhofen was a long-time barber in Cuba City. Below is a nice write-up from Cuba City's centennial history, published in 1975:

"Otto came here from Potosi in 1904 and worked in the Udelhoven shop until he bought it in 1914. He operated it until his death in 1954. The shop became an institution on Main Street. If there was such a thing here, it was a Forum. Weighty political, economic and sporting questions were discussed here. Otto was an avid hunter and fisherman and some record fish were caught in the shop on many a Saturday night. Otto was popular with children and he returned the favor by being generous to them. His shop was a three chair institution and he employed and trained numbers of apprentices. The shop is remembered fondly by many men." 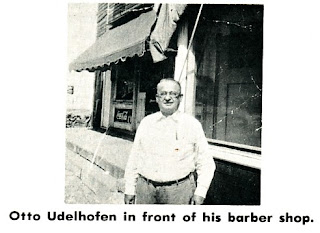 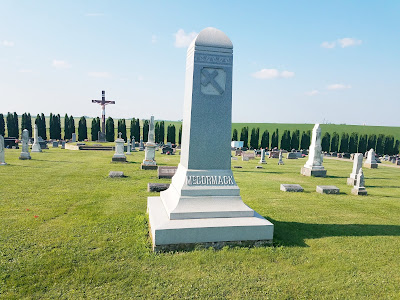